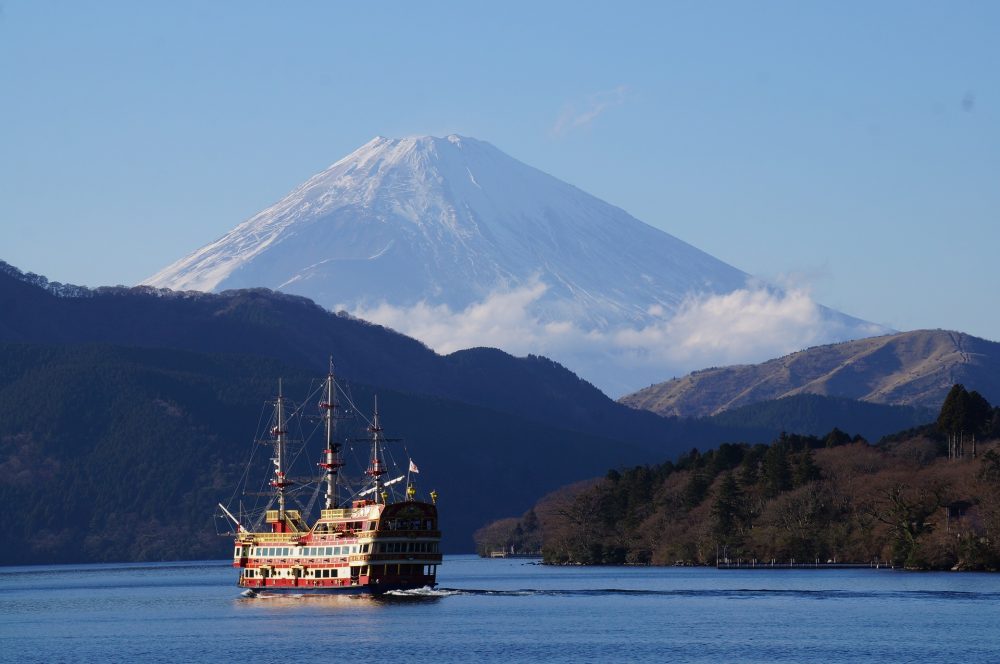 Kanagawa Prefecture is a prefecture of Japan located in the Kanto region of Honshu. It borders Tokyo to the north, Yamanashi Prefecture to the northwest, and Shizuoka Prefecture to the west. The water from Hakkoda Sukayu in the Tohoku region, the water from the Yoro Mountains, and the water from the Tanzawa Mountains in the Kanto region are all said to be Japan’s three famous waters. The Kanagawa brewery uses the abundant underground water from the Sagami and Sakawa rivers, which originate from the Tanzawa Mountains. Hadano basin springs such as Kobo’s Shimizu, Imaizumi spring pond, Soya shrine, and Haruiwa water source in Yamakita town’s sake water waterfall Takizawa river and Hatano are also selected as “100 famous water selections” selected by the Ministry of the Environment. Kanagawa sake is firmly supported by the rich underground water of the Tanzawa Mountains. There are many relatively small sake breweries in Kanagawa, and even when viewed nationwide, the average rice polishing rate for the entire prefecture is extremely high, making it a high-quality handmade sake. The types of sake are mainly classified according to the raw materials, rice polishing rate, and manufacturing method. 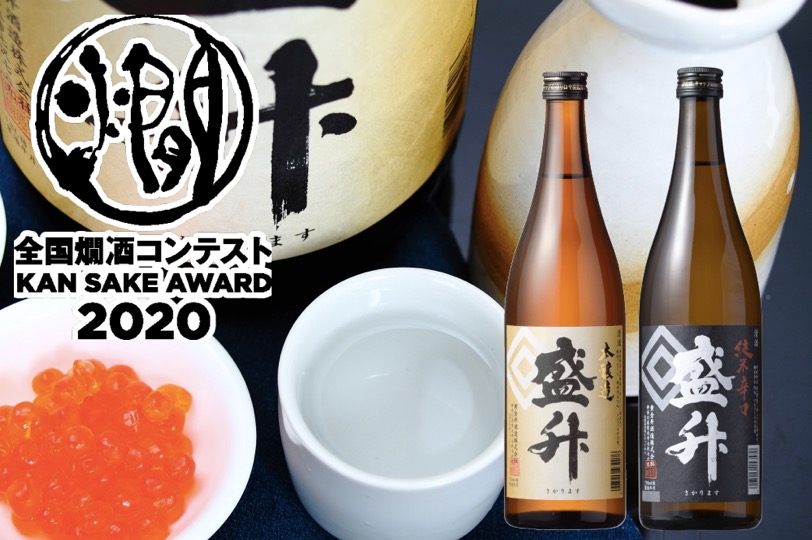 Located at the foot of Mt. Higashitanzawa, Nanasawa, Atsugi City, it is a long-established sake brewery that has been in business for 200 years in the first year of Bunsei (1818). The pure underground water that overflows from the foot of Mt. Higashi Tanzawa, which is also selected as one of the “100 Best Water Source Forests,” is used as the water to prepare, and each grain of sake rice carefully selected and polished from all over the country is carefully and carefully brewed. I will. While preserving traditional techniques, we will actively incorporate new fermentation techniques and skillfully combine those techniques to create the famous sake “Shosho”. The founder, Denshiro Koganei, wanted to do business that would benefit the world, and the origin of the current sake brewing was to start a small liquor store, which was named “Morimasu” Sakarimasu”. 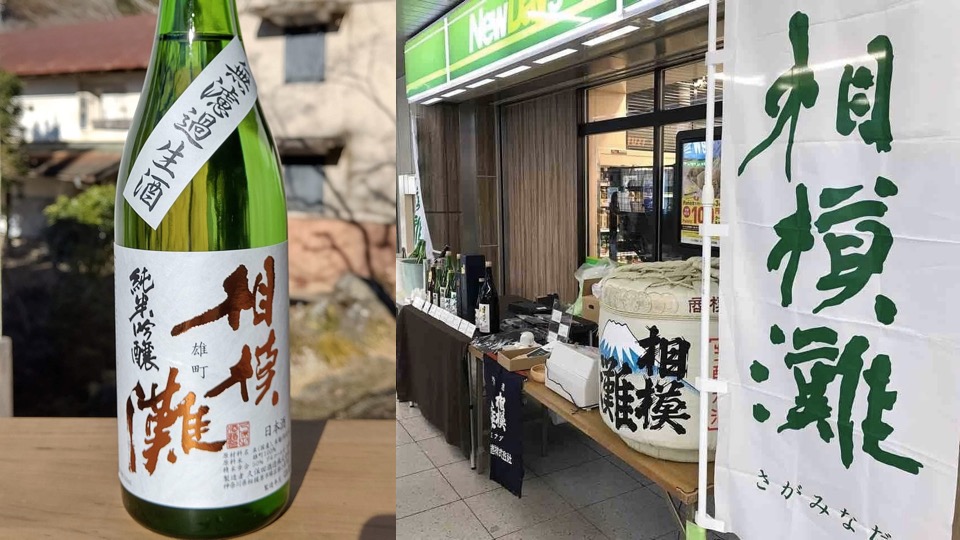 Founded in 1844 (the first year of Koka), Kubota Sake Brewery manufactures sake “Sagami Nada” using spring water from the Tanzawa Mountains. The surroundings of the brewery still have the same rich nature as when it was first founded, in the spring it is blessed with bamboo shoots and wild plants, in the summer you can see fireflies flying around, and it is also used as a filming location for movies. Sagami Nada’s sake brewing is based on Ginjo brewing, which is faithful to the basics, but Ginjo scent is a natural one with a mild scent, and we aim to create a well-balanced in-meal sake that makes the best use of the taste of rice. They want to be a next-generation sake brewery that preserves the history of traditional sake breweries and always pursues deliciousness at a higher level. 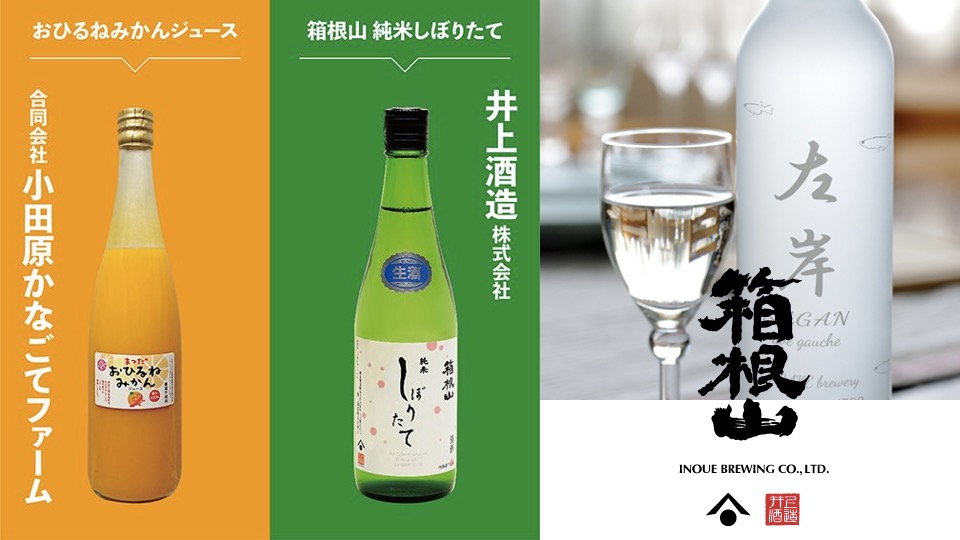 The brewery was founded in the first year of Kansei (1789) by the 6th generation of the Inoue family, Yoshichi Kanamechi, who was engaged in agriculture at that time, stumbled upon a stone on the way to the castle town of Odawara in search of a new business, and when he saw the stone, it was in the shape of a sake bottle. The anecdote that he started the brewing industry thinking that this was a divine revelation to brew sake is still being told. The stone is still carefully preserved as an heirloom of the Inoue family. Since then, the liquor store 2nd generation Ginzo, 3rd generation Sobei, 4th generation Sadajiro, 5th generation Mitsunosuke, 6th generation Yoshimasa have continued to the present. The brand called Hakoneyama was registered as a trademark which becomes the representative brand of our company. There are other products such as “Hakone Rose” and “Hakone Seven Lucky Gods”. In addition, three years ago, when Mr. Minamimori was replaced by Mr. Notomori, he pursued sake brewing that was particular about the taste of rice and launched a brand called “Senmeikyo”. 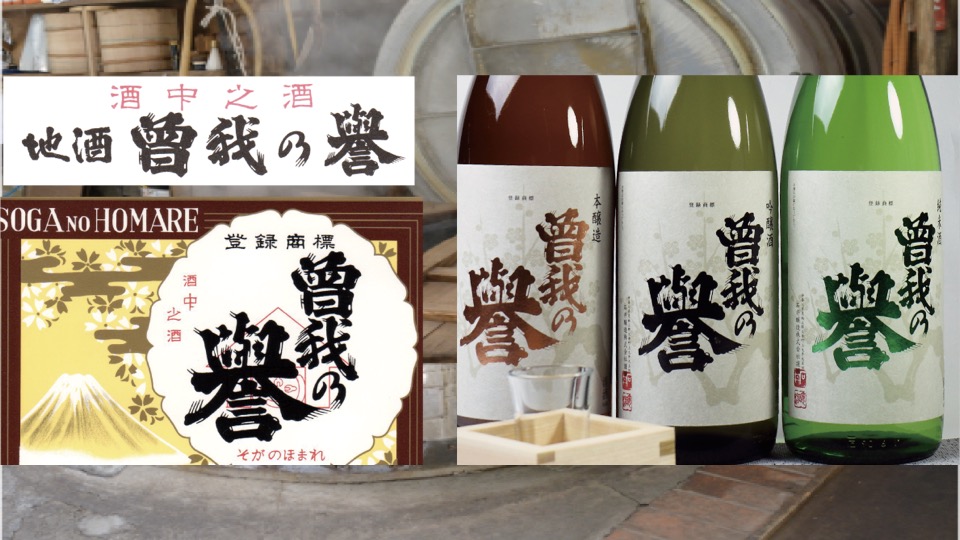 Homare of Soga” is close to Soga Umeboshi, the production center of Umeboshi, which is a specialty of Odawara, and we are brewing sake in a warm climate and scenic area. The phrase in the headline is that the traveler read the peaceful atmosphere of tilting the sake cup around the middle of February when the plum blossoms were unraveling. At this time of year when the scent of plums is scented, the new sake is ready, and you can enjoy the early spring while tasting “freshly squeezed new sake” and “orishu” while watching the blooming plums. Ishii Brewery was founded in the third year of the Meiji era, and the current president (Shogo Ishii) is the fifth generation. The representative brand “Soga no Honor” is named after this place used to be called “Soga Village”. When you hear the place name “Soga”, you may think of the Soga brothers, who are famous as “Fuji no Katakiuchi”, but the nearby Jozenji Temple has a brother’s grave enshrined in May 28th every year. The Umbrella-yaki Festival, which is related to the Soga Brothers’ slaughter, is being held grandly. Such historical thoughts are also included in “Honor of Soga”. 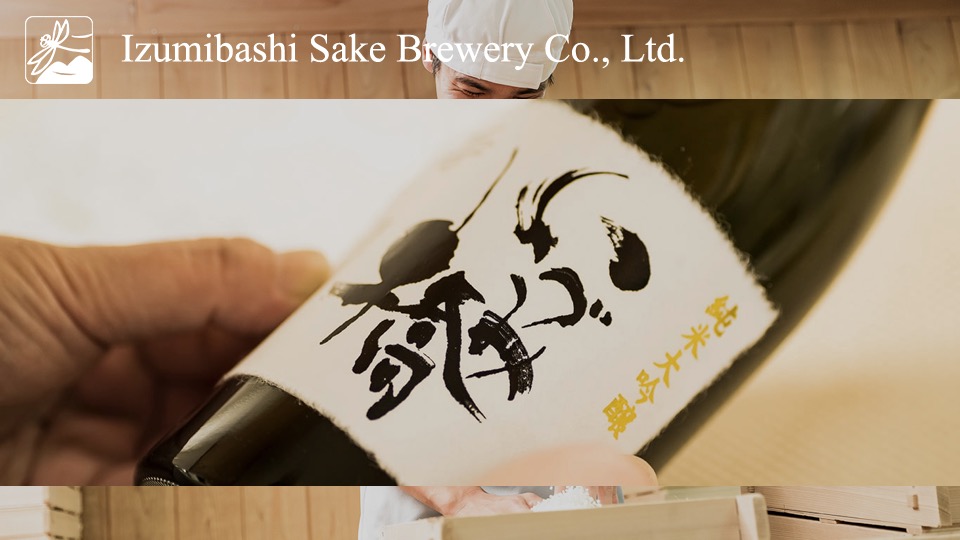 Izumibashi Sake Brewery was founded in 1857, during Japan’s Edo era. Nestled in the heart of the Ebina heartland, Izumibashi has long taken advantage of the area’s natural bounty, from abundant land for rice growing to the natural water flow from Mt. Tanazawa. Today, we continue our growth as a cultivation brewery, with respect for the rice-growing and sake-making skills those before us have passed down so that we might pass these traditions down to the generations to come. Izumibashi spent many years cultivating primarily table rice. Beginning in 1996, we shifted our focus to grow sake rice and began the Sagami Sake Rice Institute two years later in partnership with local producers in order to study and research sake rice growing. In 2006, Izumibashi determined to focus singularly on junmai sake. In 2016, we registered as a cultivation brewery, making sake that respects the unique characteristics of our local environment. 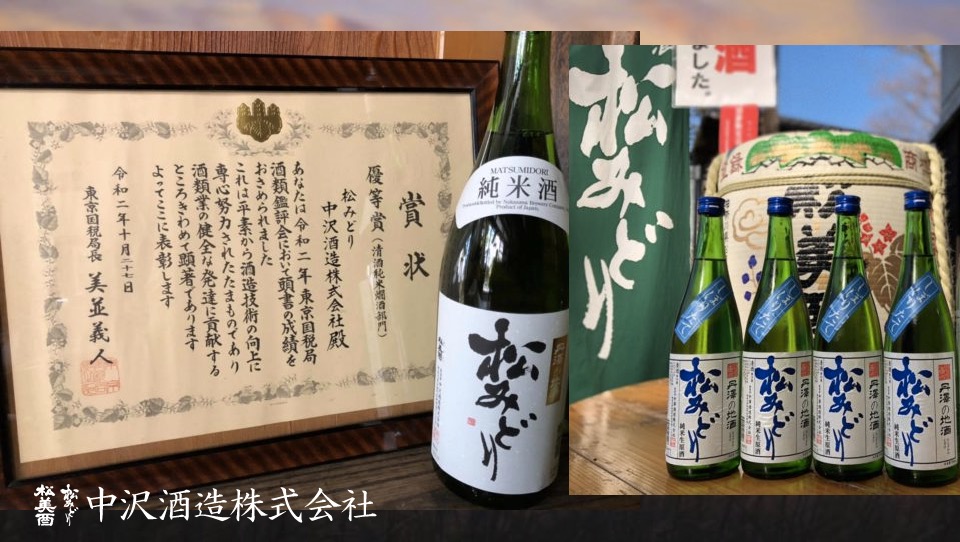 Nakazawa Sake Brewery was founded in 1825, while making a living in the scholarship around Matsuda, the founder used Ashigara rice from Kanagawa prefecture to devote himself to sake brewing. At that time, he went in and out of the Okubo family as a merchant of the Odawara clan, and when he offered sake, he was given the name “Matsumi Rooster ” by the lord Okubo. The name of this ” Matsumi rooster ” is that “pine” flows beside the brewery, the pine trees along the Sakawa River, “beauty” represents the beautiful scenery of Matsuda town, and this beautiful sake”rooster” represents the shape of a sake jar. In this way, it has been handed down from generation to generation. Matsumidori is made from carefully selected high-quality sake rice and the pure underground water of the Tanzawa Mountains. Even now, we are particular about hand making everything from the old-fashioned koji-making to the upper tank with a boat. Matsumi Rooster’s sake brewing begins with carefully polishing each grain of carefully selected sake rice. Because it is a sake brewing that is particular about pure rice sake and raw sake, we carefully examine the ingredients and try to make a straightforward sake that is “not scary, not expensive“ and carefully brews each one carefully.