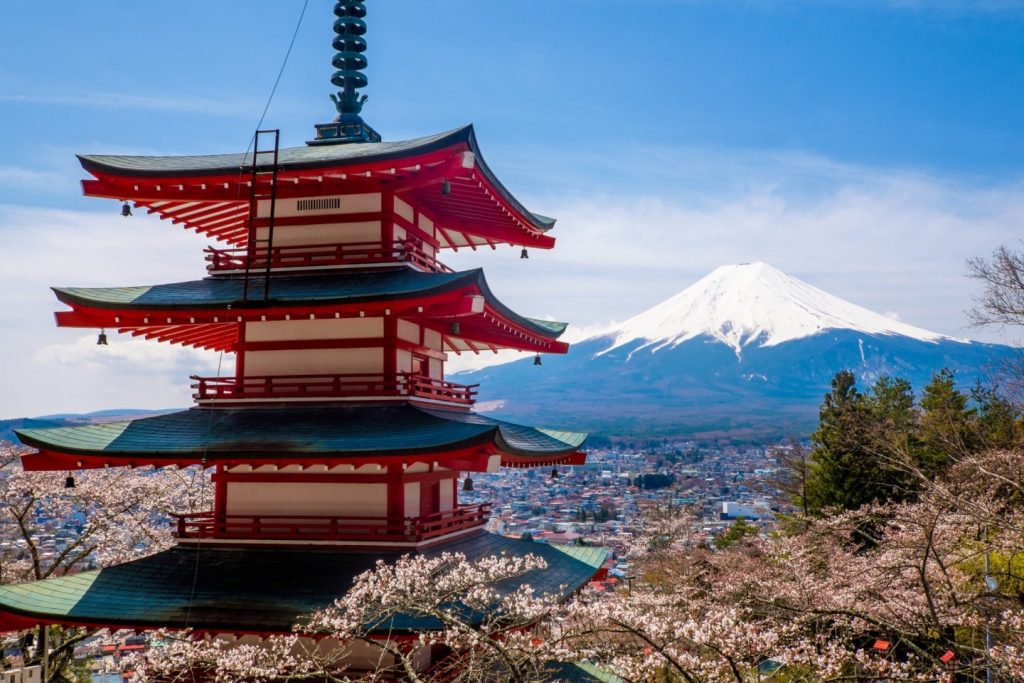 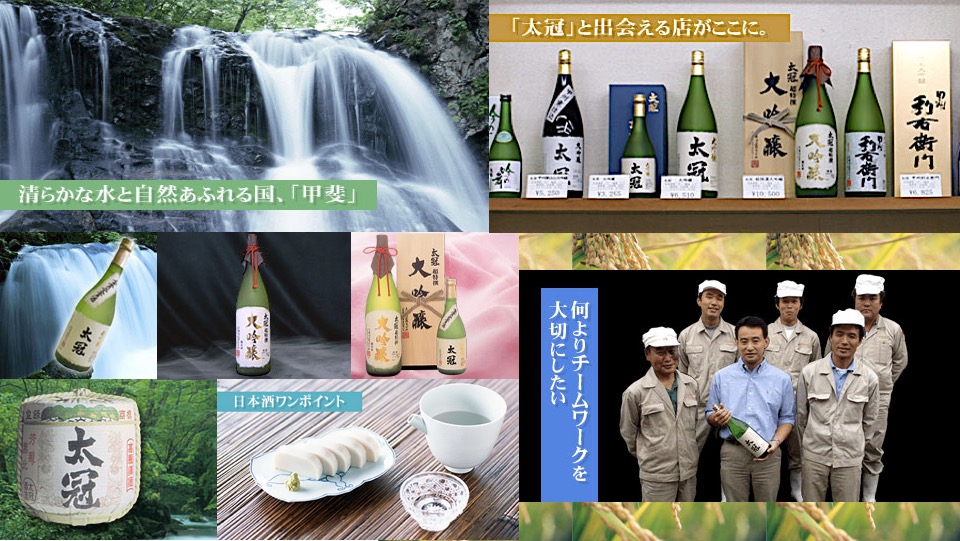 The brewery was founded in the 10th year of the Meiji era, it has a history of more than 120 years. It is located in the Southern Alps. The brewery produces the gold medal-winning sake “Taiko Daiginjo” led by Yoshimitsu Kikuchi (Mr. Suwa), who became Mr. Mori at the age of 32. The rice used is from the areas of Yamada Nishiki from Hyogo, local Yamanashi, Miyama Nishiki and Gohyakumangoku, we are also particular about organically grown rice. The water used is underground water from the famous Southern Alps to make sake. Cosmology wave science and health aspects are also actively incorporated into sake brewing. While preserving tradition, we will continue to challenge new things. It can be said that this is possible only because of the young sensibility. 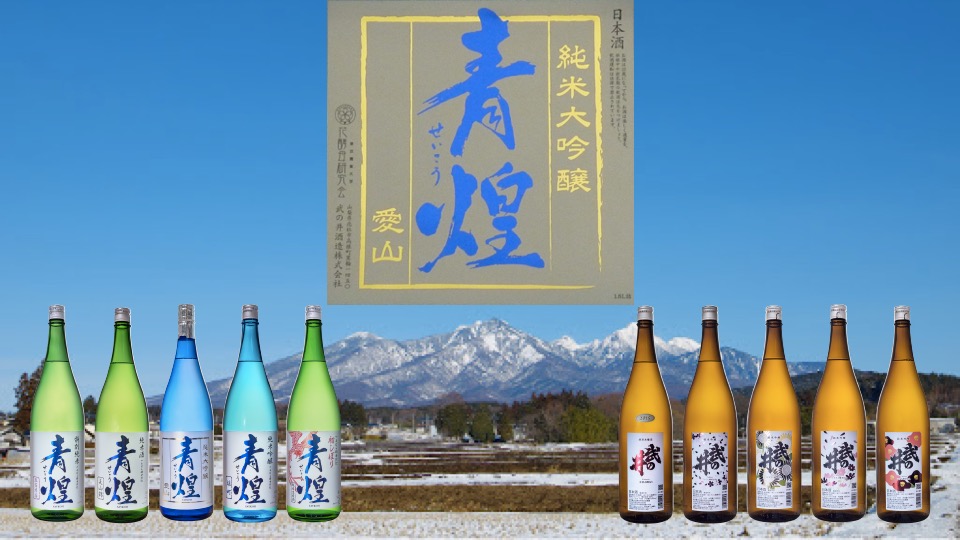 The brewery was founded in the Keio era and boasts a history of more than 150 years. The warehouse is located in Hokuto City, Yamanashi Prefecture, surrounded by the rich nature of the Southern Alps. The brand name “Takenoi” is a combination of “TAKE” from the founder’s name “BUZAEMON SHIMIZU” (“BU” is also pronounced “TAKE”) and “I” from “IDO” (a Japanese word meaning “well” which produces high quality water). The raw materials for sake brewing are using the rice ordered from all over the country, and the yeast required for fermentation is mainly flower yeast isolated from flowers at Tokyo University of Agriculture. The water used is underground water at the foot of Mt. Yatsugatake which has been selected as one of the 100 best waters. 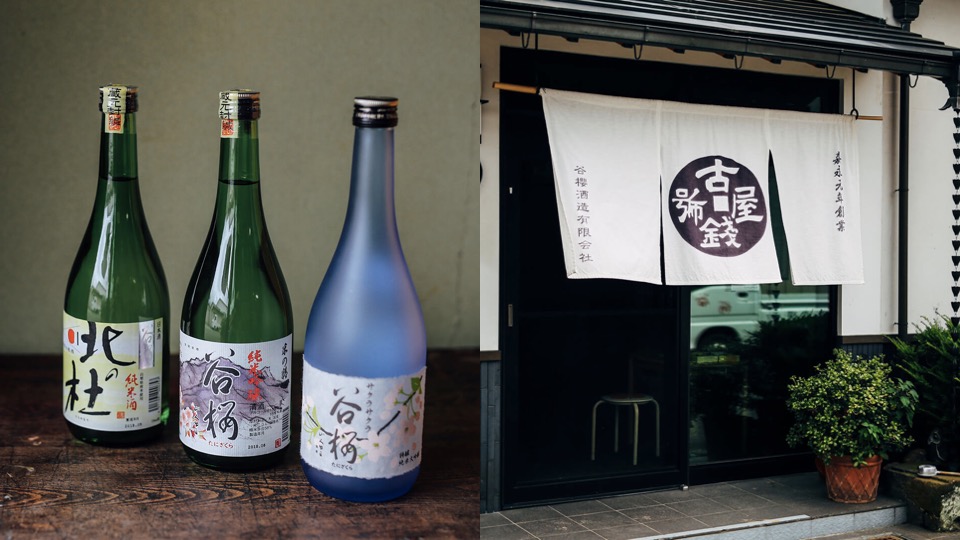 In the first year of Kaei (1848), our sake brewing began as a small sake brewery called the Mikami Sake Brewery. At that time, a large amount of old coins were excavated from the brewery’s premises, so it was also known as the “old coin shop”. Here at the southern foot of Yatsugatake, the magnificent nature and the blessings of pure spring water support daily sake brewing. It is said that the taste of sake is rice, the aroma is yeast, and the taste is water quality. As a result of seeking an ideal brewing method that brings out the original taste of sake as it is, we have arrived at a brewing method called “raw brewing” that skillfully uses the providence of nature.

The brewery is located in the center of Japan at Hakushucho, Hokuto City, Yamanashi prefecture. Hokuto City is known for its pristine water source, which attracts several major companies to set up mineral water factory in Hokuto City making Japan’s number one place for mineral water production. In 2014, Minami Alps National Park which includes Mount Kaikoma was selected as UNESCO Eco Park, also known as UNESCO biosphere reserve list, certifying it as the mountain with world-class water. We are the only sake brewery in Hakushu-cho, Hokuto City, Yamanashi prefecture and our sake “Shichiken” is produced with water from Mount Kaikoma. 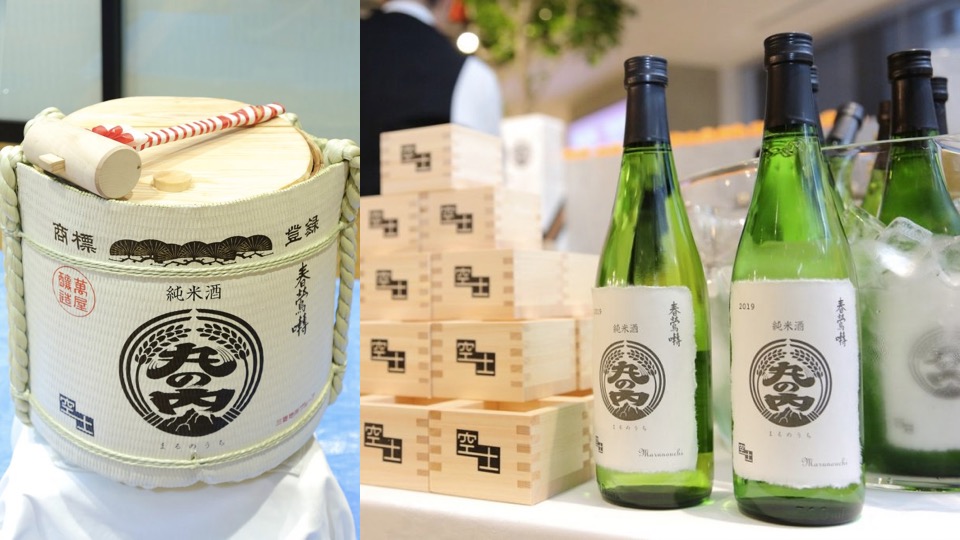 In 1790 (Kansei 2nd year), the first Yorozuya Hachigoro opened a sake brewery in the present location, and the sake name “Ichiriki Masamune” was born. The history and culture of Fujikawa Town (former Masuho Village, former Kajikazawa Village) is deeply involved in the birth of the sake brewery. The town has prospered as a strategic location for Fujikawa boating, which connects Shizuoka and Koshu (currently Yamanashi Prefecture).