Kagoshima Prefecture is a prefecture of Japan located on the island of Kyushu and Ryukyu. It borders Kumamoto Prefecture to the north and Miyazaki Prefecture to the northeast. The two major Japanese spirits are sake and shochu. While sake can only be brewed from rice, shochu can be distilled from a variety of sources, including wheat, potatoes, brown cane sugar, Japanese chestnuts, and buckwheat – this also gives shochu a much wider variety of flavors. Shochu also has a higher alcohol content than sake at around 25%. As such, shochu is often drunk diluted with cold or hot water rather than straight. In comparison with sake, shochu tends to have a cleaner flavor, making it easy to pair with almost any cuisine. Kagoshima consumes the most shochu annually out of any prefecture in Japan. The shochu that Kagoshima natives love most of all is imojochu, made using local sweet potatoes, one of the prefecture’s top products. On December 22, 2005, “Satsuma Shochu” was approved as a production area based on geographical indication standards. Satsuma shochu is a full-scale shochu that is distilled in Kagoshima prefecture (excluding Amami City and Oshima District) using water as raw material and distilled with a pot still. “Amami brown sugar shochu” was approved for regional collective trademark registration on February 6, 2009. When the Amami Islands returned to Japan in December 1953, Amami brown sugar shochu was permitted to be produced only in the Amami Islands, provided that it was produced using rice jiuqu and brown sugar as raw materials. 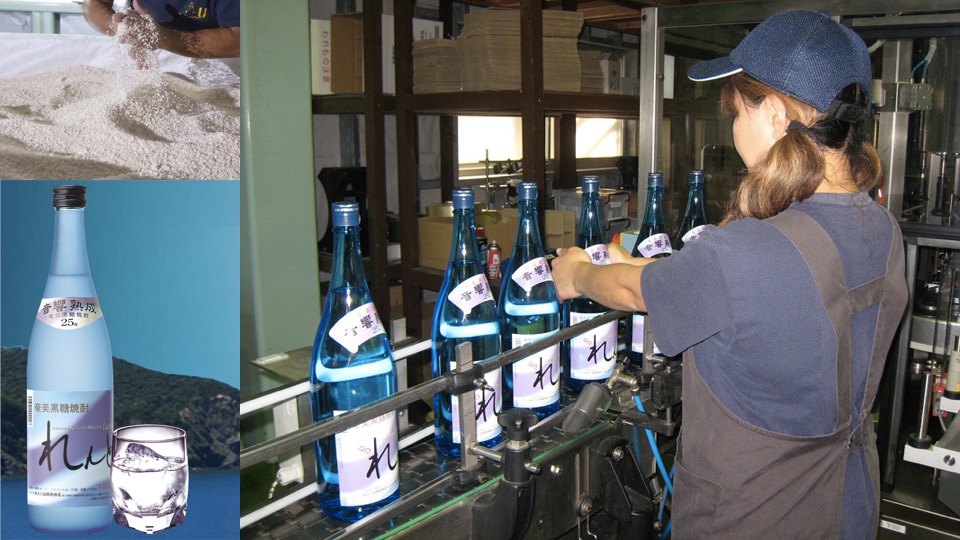 There are 25 brown sugar shochu distilleries on the Amami Islands. Anani Oshima Kaiun Shuzo brewery started as the smallest and last distillery among them. The clean air from the deep forest, mild climate and humidity is the source of brown sugar shochu production. Mt. Yuwan also blesses us with abundant water that cannot be purer and will never be depleted. This water is mildly alkaline and tastes mild and slightly sweet. The high quality water and brown sugar make it ideal for brewing sake. 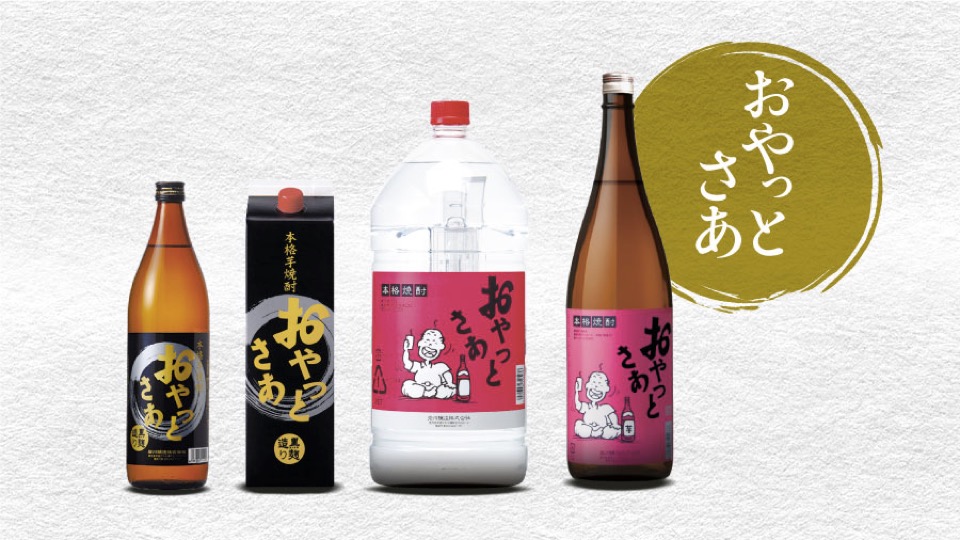 Since its founding in 1897, the manufacturing spirit has remained the same even if the times change. Iwagawa Jozo brewery uses traditional techniques and the latest equipment to deliver authentic shochu. The Kagoshima region is known for its high quality sweet potatoes (Golden Sennuki). The domestic sweet potatoes and rice along with the natural water make the sake taste memorable. 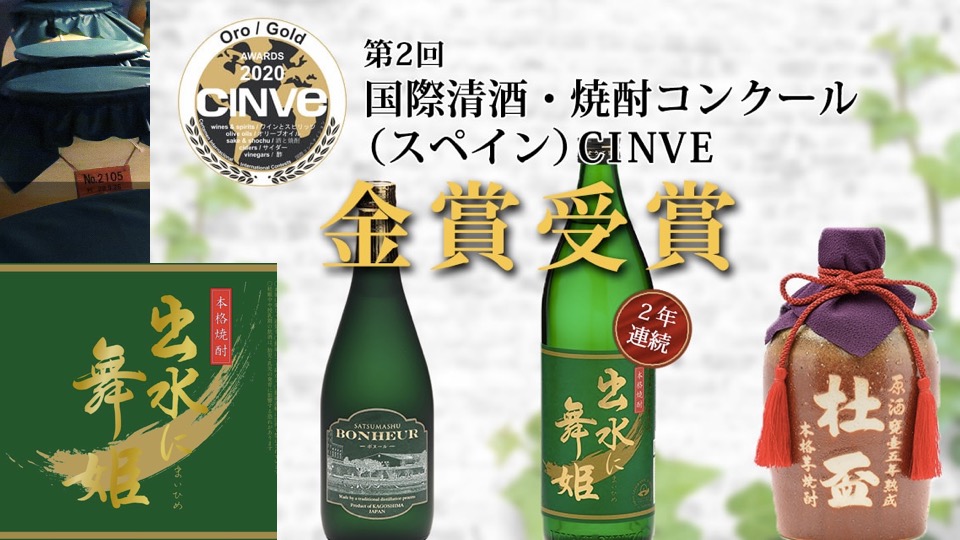 Since ancient times, Kagoshima Prefecture has been known for making shochu using natural water. There is a factory of Izumi Sake Brewery in the place of Izumi where such heavenly blessings are abundant. They named the brands “Izumi ni Kurozuru”, “Izumi ni Tsurunori”, “Izumi ni Maihime”, and “Izumi no Kuni” so that we can get familiar with the famous sake of Tsuru no Sato and Izumi. 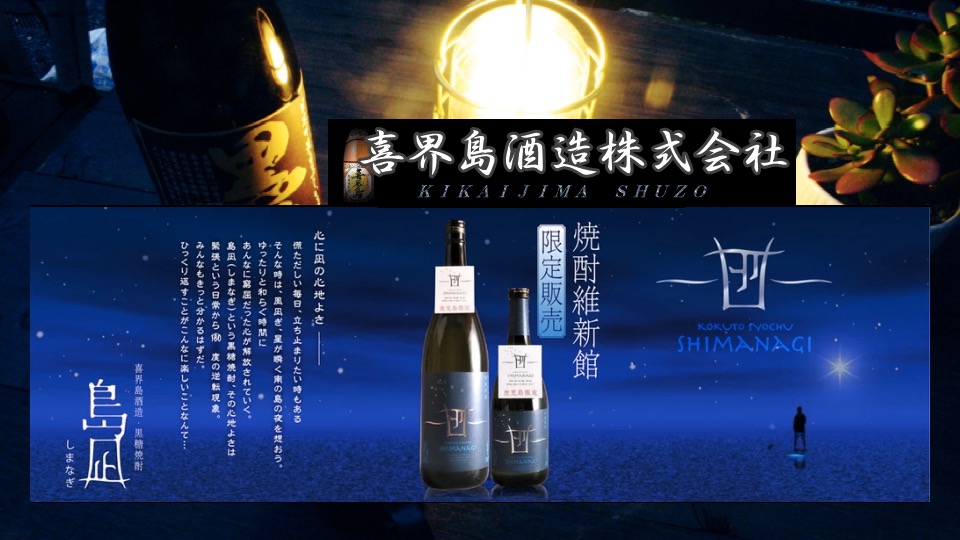 Kikaijima Sake Brewery is a brewing company located in Kikai-cho, Oshima-gun, Kagoshima Prefecture. Their brown sugar shochu is based on 1 year aged sake, including “Captain Kidd”, which has won a special prize six times in a row since 2012 in the brown sugar shochu section of the national liquor competition. “Sannen Neitazo”, which is a blend of 3 years old sake and 5 to 10 years old sake, has a pleasant taste, and its gentle and mellow flavor will make you feel the splendor of brown sugar shochu. 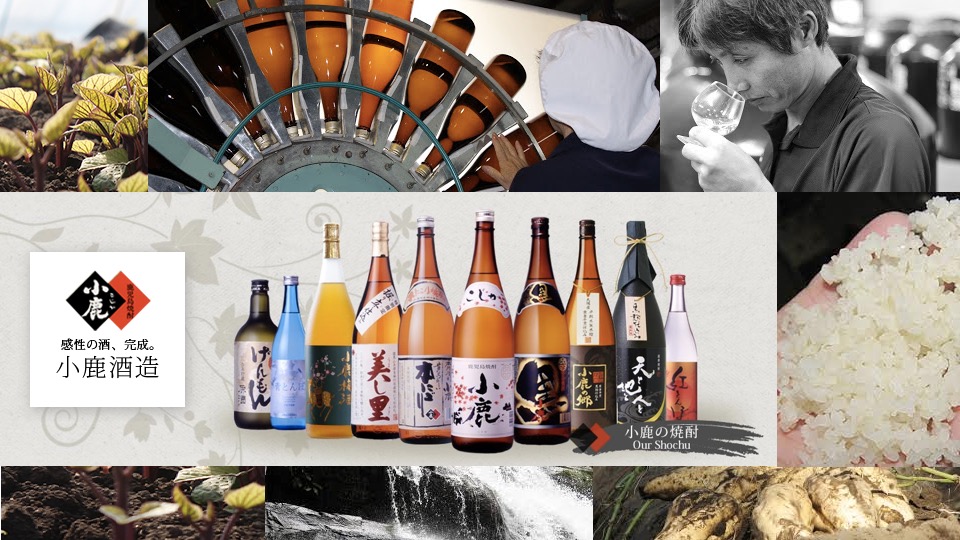 We started out as Kojika Shuzo Cooperative Partnership based on the fact that it was a brewery opened by small shochu brewers in Kagoshima’s Kanoya area. Ōsumi Peninsula, where Kojika Shuzo resides is in the southeast region of Kagoshima prefecture. The northeast borders on Miyazaki prefecture, its west faces Kinko Bay and the southeast faces the Pacific. The Pacific coast region is designated as Nichinan Kaigan Quasi-National Park, including scenic site Cape Sata and is blessed with rich nature and warm weather. Ōsumi Peninsula is the number one producer of Satsuma imo in Japan, producing high quality sweet potatoes. 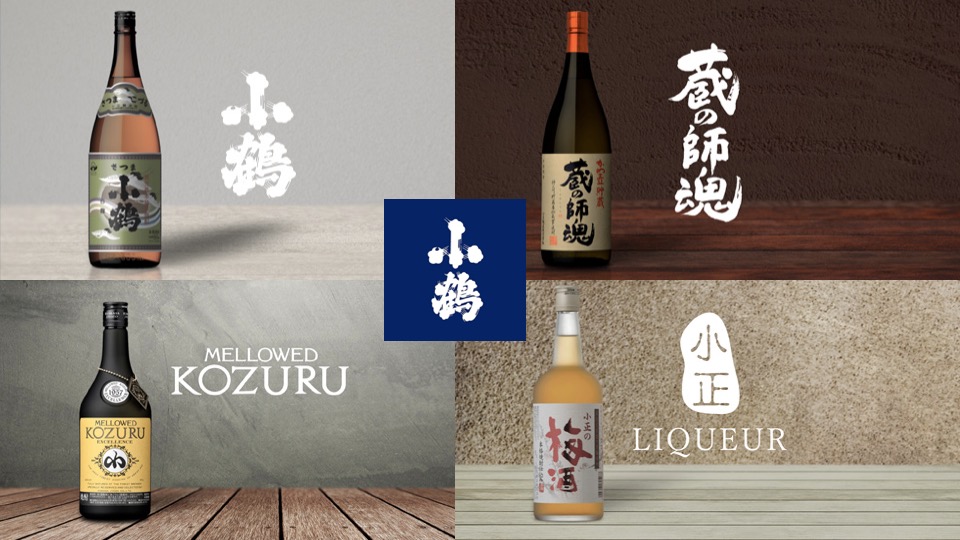 Hioki City, Kagoshima Prefecture, is located on the west coast of the Satsuma Peninsula, where the blue East China Sea spreads. The rain that falls here moistens the earth and is polished by the Shirasu plateau peculiar to Satsuma to become a clean spring water that nurtures the blessings of the earth. It is said that Satsuma’s shochu brewing has a history of about 500 years, and it has deeply taken root in people’s lives and has built a shochu culture to this day. At Hioki Distillery, they create a rich taste by fusing traditional techniques with the latest technology. 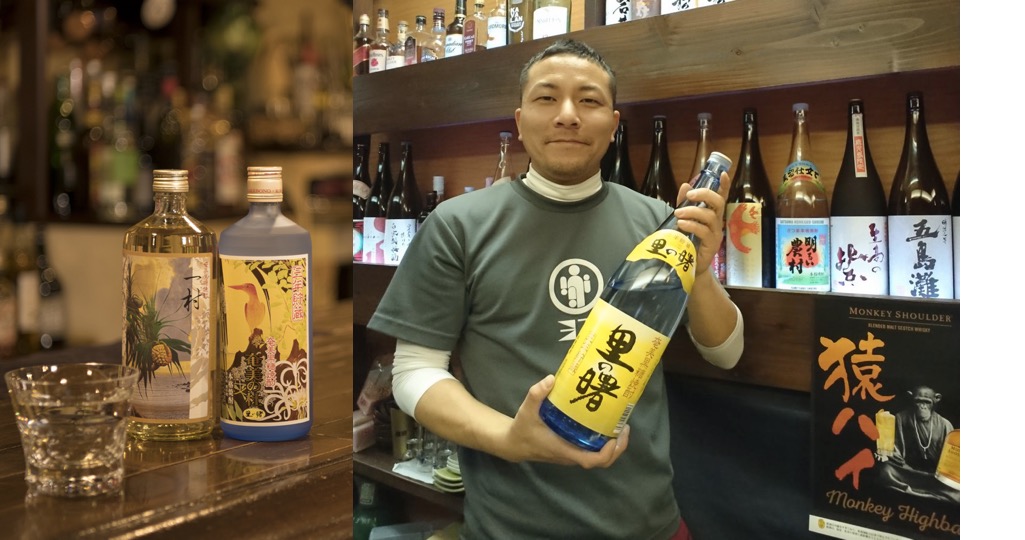 Machida Shuzo is in Amami Island which is cradled by nature and located on the western edges of the Pacific Ocean. Rare plants and animals are peacefully living in its woods from time immemorial. Kokuto shochu is mare sake (mare means “rare” or “limited”). Kokuto is highly valued because it is made from a limited supply of sugarcane with meticulous care. Kokuto shochu is therefore expensive and rare alcohol. 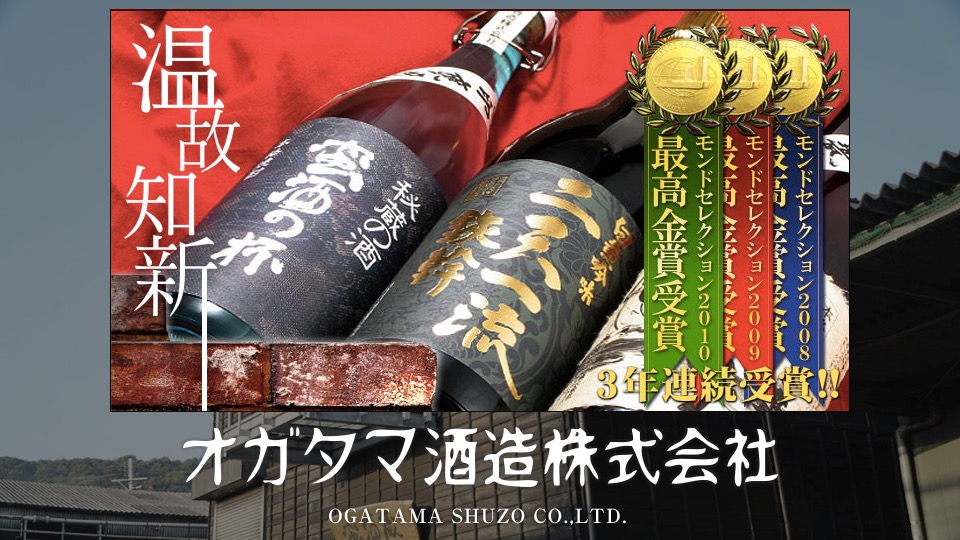 Ogatama Sake Brewery, which operates shochu brewing in Satsumasendai City, Kagoshima Prefecture. At Ogatama Sake Brewery, shochu is made by sticking to the traditional manufacturing method. To revive “good old” products as products that fit the present era. The product is brewed with the theme of discovering new things from the history of the past. 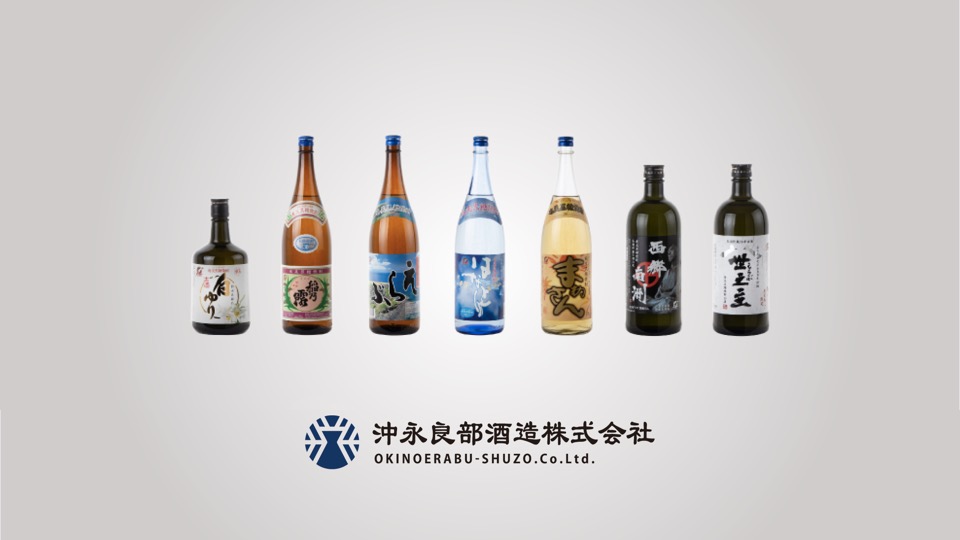 Okinoerabu Shuzo Sake Brewery is a liquor joint bottling sales company established in July 1969 and consisting of four Shimauchi breweries. Taking advantage of the characteristics of Amami brown sugar shochu, from the raw sake produced by the 4 breweries. “Amami brown sugar shochu”, which is the only one in Japan made only in the Amami archipelago. Another feature is that you can enjoy variations such as rock, hot water, and cocktails. 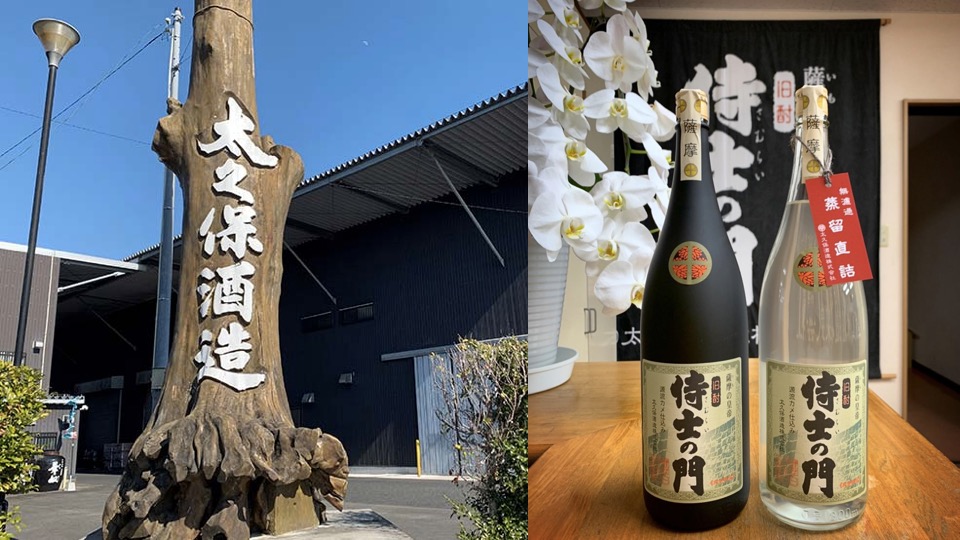 The predecessor of Takubo Sake Brewery is Kubo Brewery, which was founded in 1897. With the cooperation of the late Masafumi Kubo, the former president of Kubo Brewery, Takubo brewery makes real potato shochu using the special manufacturing method “pot preparation” that returned to the origin of shochu brewing. Takubo Sake Brewery was established in 1990, and in March of the following year, they are selling the full-scale shochu “Hanato” prepared in jars, which has been a long-cherished desire. 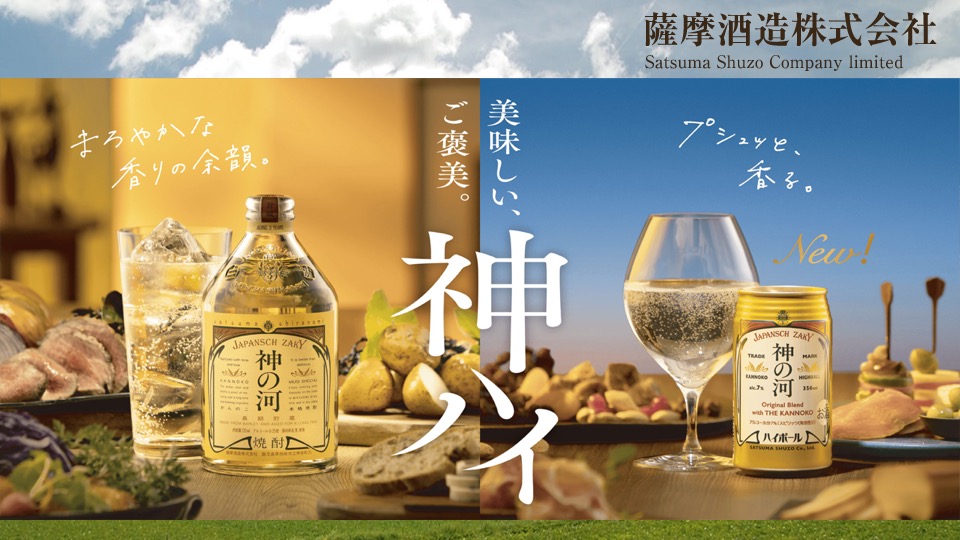 In 1899, the production of shochu came under government regulation by Meiji shogunate. Shochu manufacturers needed to hire professionals and the demand for skillful master brewers called ‘Toji’ in Japan grew. At the beginning of Meiji era, three Kagoshima artisans learned the skill of making shochu with Kuro Koji (Black Koji) from the Ryukyu craftsman. After that, they brushed up their skills more and built their own traditions. From generation to generation, the Toji brew masters pass their knowledge only onto those trustworthy apprenticing with them. Following in that tradition at Satsuma Shuzo, their own Toji brew master, Hatsuo Yadori, is of course a Kurose Toji. 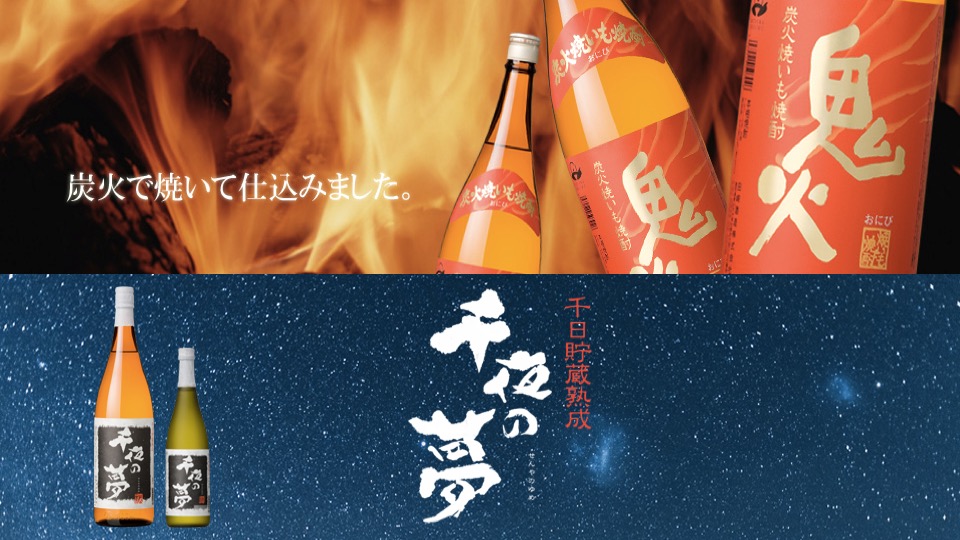 Tasaki Shuzo Sake Brewery has been in business for more than 100 years since its founding in the 20th year of the Meiji era, when the first owner, who searched for water that is said to be “a famous water rarely seen from ancient times,” set up a brewery in this area. Since then, they have maintained an uncompromising stance of making shochu using high-quality sweet potatoes and famous water produced from the rich soil. 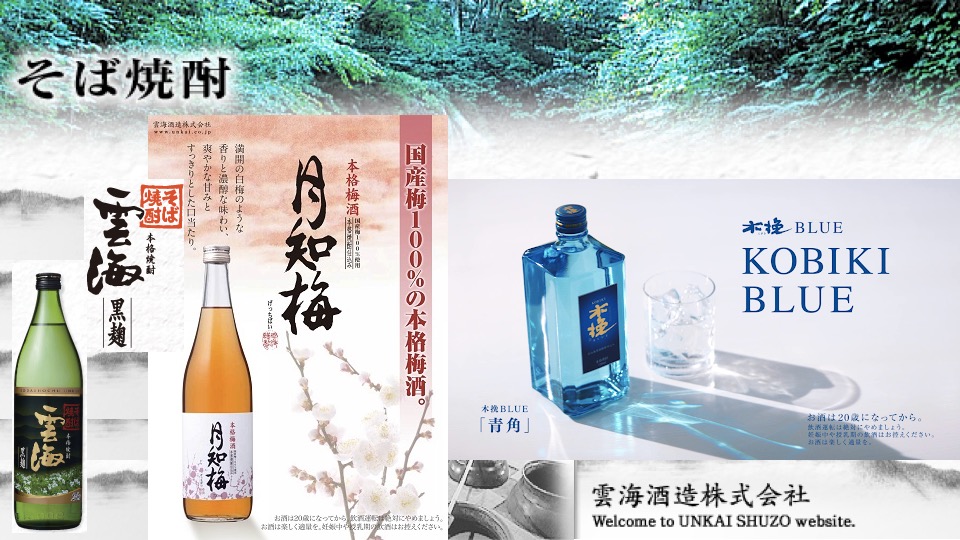 Unkai Sake Brewery is a space for sake brewing and healing in Aya Town, Miyazaki Prefecture, surrounded by Japan’s leading terrestrial forest. Sake brewing that makes the best use of the blessings of nature, traditional crafts where craftsmanship is alive, pure Japanese-style inns with a quiet appearance, hot springs, restaurants, souvenir shops. 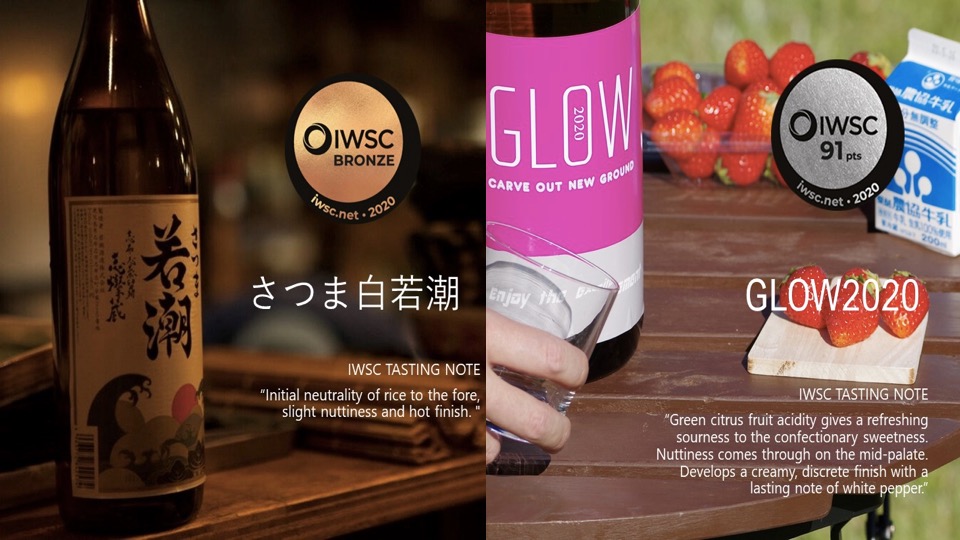 In August 1968, five local breweries started as a Wakashio Sake Brewing Cooperative. At Shiyanzo, they are making shochu with the theme of “ultimate daily sake” with the aim of always delivering stable, high-quality shochu. They have two breweries, “Senkizo” which inherits the tradition of shochu culture and “Shiyanzo” which brews the ultimate daily sake. 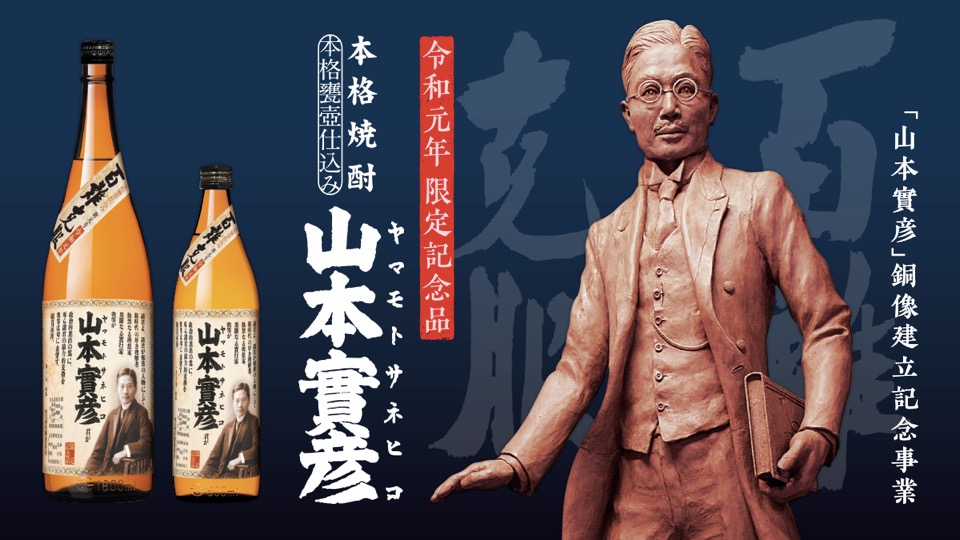 Since its founding in the first year of the Taisho era, Yamamoto Shuzo has been making shochu for over 100 years. The charm of Yamamoto Shuzo’s shochu is that it conveys the true charm of sweet potato shochu. Therefore, at the time of preparation, they use the best fresh sweet potatoes and the groundwater at the foot of Mt. Kanpoku, which is said to be famous water. They are particular about the distillation method and have a desire to give everyone a taste of authentic shochu, which has the original taste of potatoes. 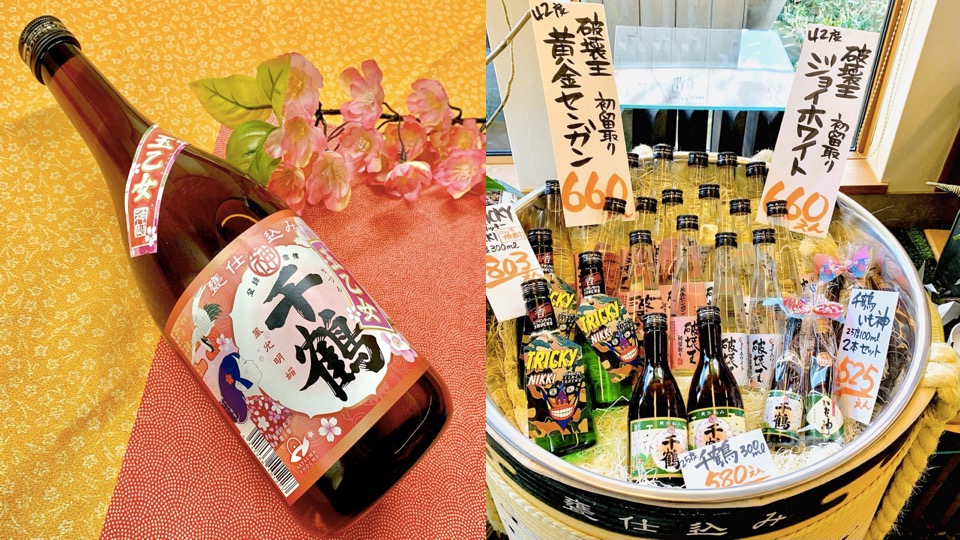 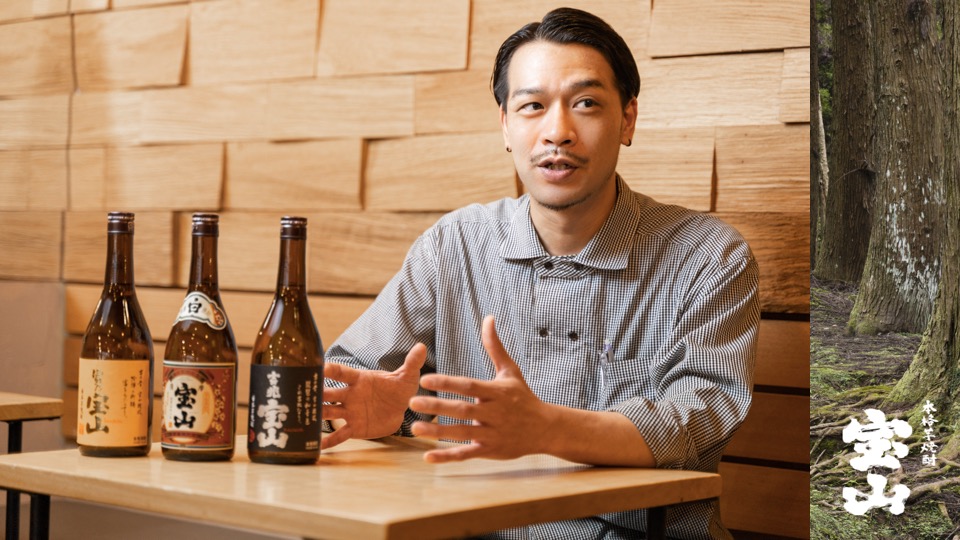 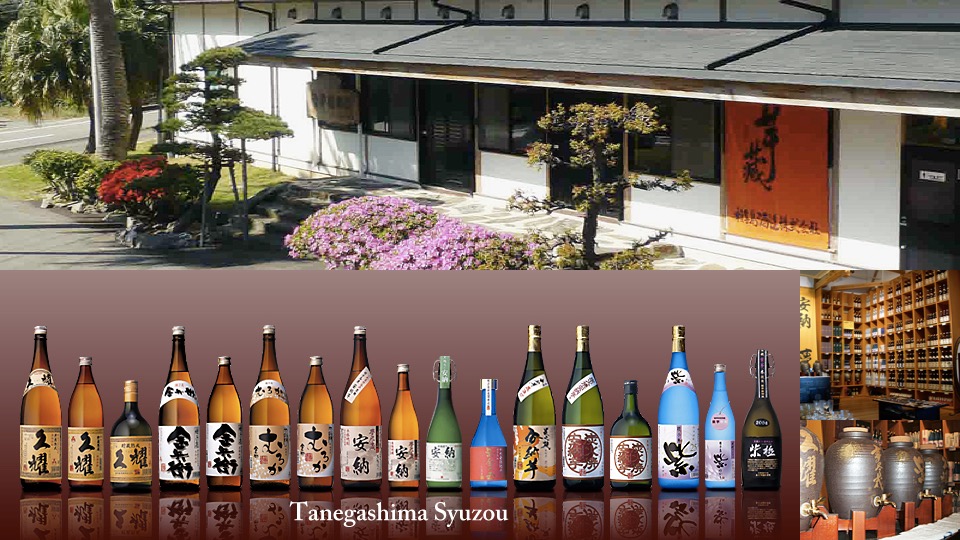