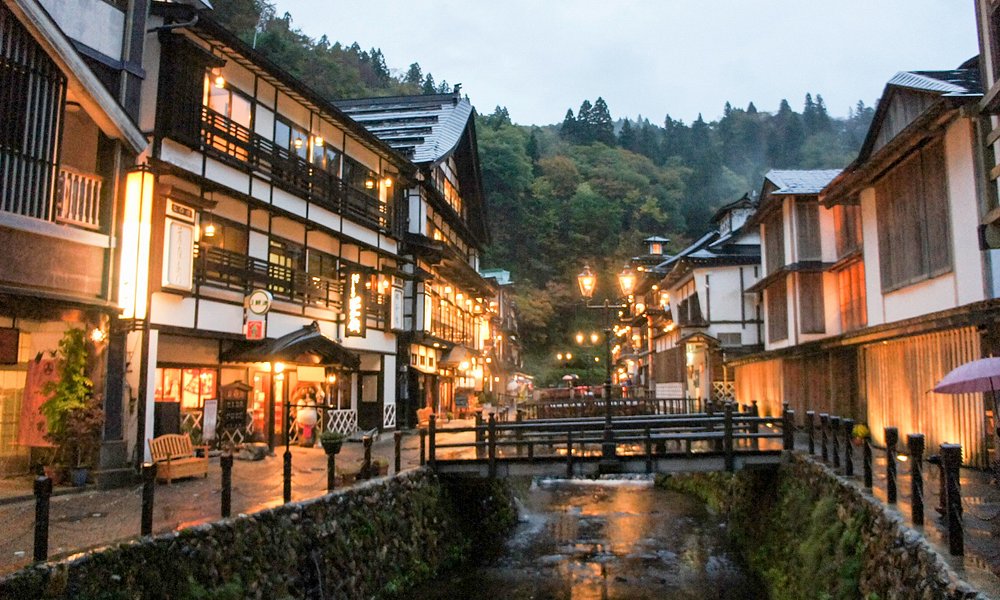 Yamagata Prefecture is located in the Tohoku region of Honshu. It borders Akita Prefecture to the noth, Miyagi Prefecture to the east, Fukushima Prefecture to the south and Niigata Prefecture to the southwest. Yamagata is famous for its mountains, hot springs and temples. Snow-capped conifers resembling ‘snow monsters’ characterize the ski resorts of Mount Zao, which are also home to hot springs and hiking trails around the color-changing Okama Crater Lake. Yamagata is a treasure trove of famous water known to those in the know, and the water quality that varies from mountains to mountains, such as Toriumi, Asahigassan, and Gassan, produces a unique and variety of sake. In addition, one of the characteristics of Yamagata sake is that the shipment ratio of high-quality sake, especially Ginjo sake, is high (the share is 40% in Tohoku). 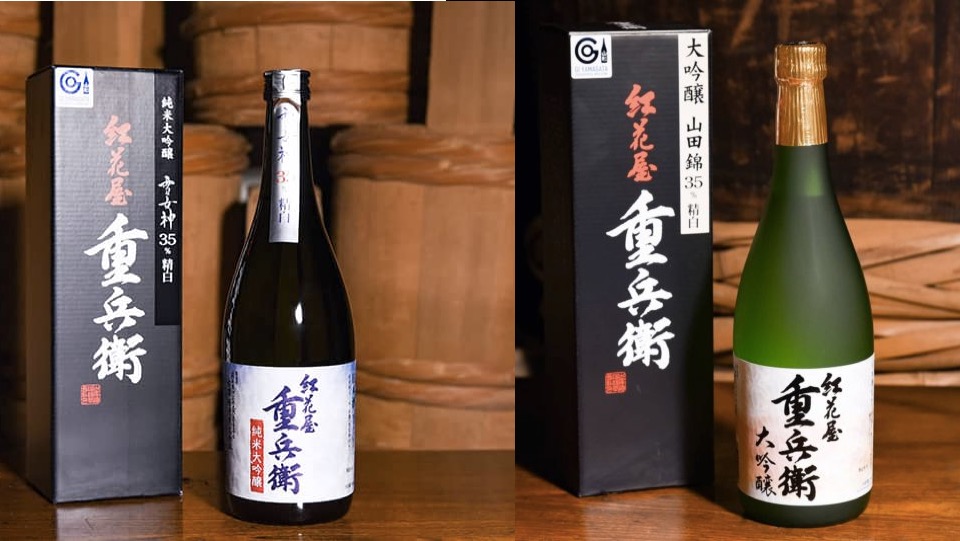 Established in 1836, Furusawa brewery is located in Sagae city of Yamagata prefecture. Sagae city is in a basin located at the side of the clear waters of the Sagae river with the sacred Mount Gassan of the Asahi mountain range in the west and Mount Zao of the Ou mountains with its famous ski resort in the east. Sagae city blesses us with abundant soft water called Miyamizu, it is said to be the best water to make sake of Tohoku. This soft water brings a soft and bright taste of sake, of which sake brewing has been passed down in this area. The founder of our brewery used to be safflower (benibana) and rice merchant utilizing the clear water of the Sagae river. We named our Daiginjo and Junmai Daiginjo Benibanaya Jubei after the founder, Jubei Furusawa. Our Sake is internationally certified as a Geographical Indication of Japan, known as GI Yamagata. 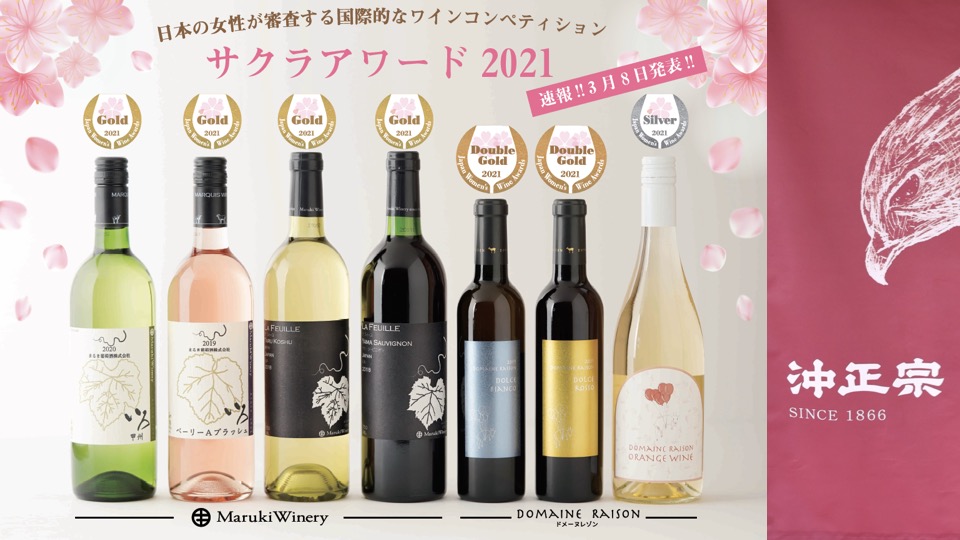 In the second year of Keio (1866), the Hamada family started the sake brewing industry at the time of Gozaemon in the 18th generation and has made “Oki Masamune” a trademark after the place name of his ancestors. Blessed with a climate suitable for sake brewing, taking advantage of the good luck of people, and sensitively grasping the demands of the era of further diversification and individualization, we will continue to challenge genuine sake brewing that is loved by everyone as a famous brewer. 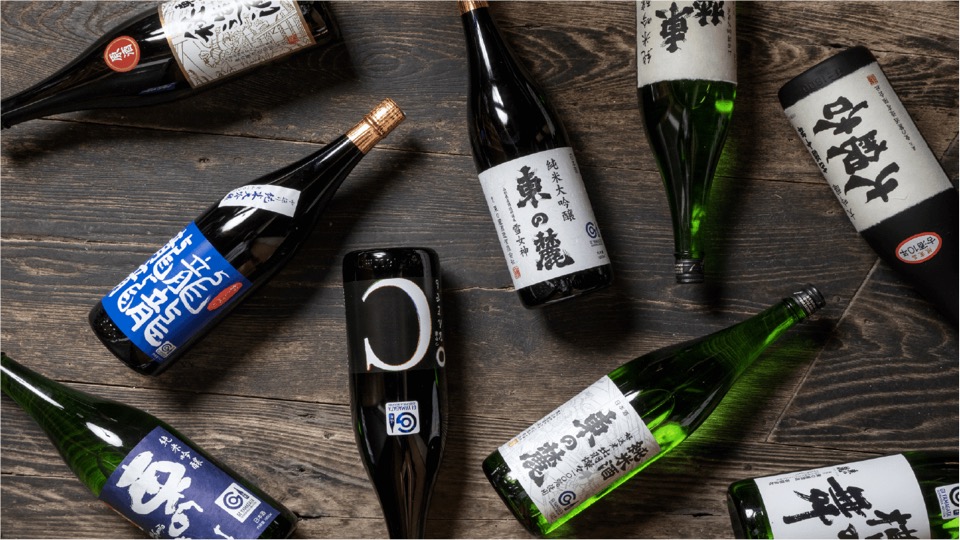 Azumanofumoto Sake Brewery is located at the foot of Ise Kumano Taisha Shrine in Tohoku. Since its establishment in 1896 (Meiji 29), the brewery has continued to produce “sake that satisfies people’s hearts”. As a new initiative to encourage young people’s interest in sake, they are jointly developing a new brand “Tenkyu” with students from Tohoku University of Art and Design. The brewery will continue to take on the challenge of creating sake that is loved by each generation while preserving the tradition of sake brewing that has been passed down from the previous generation. 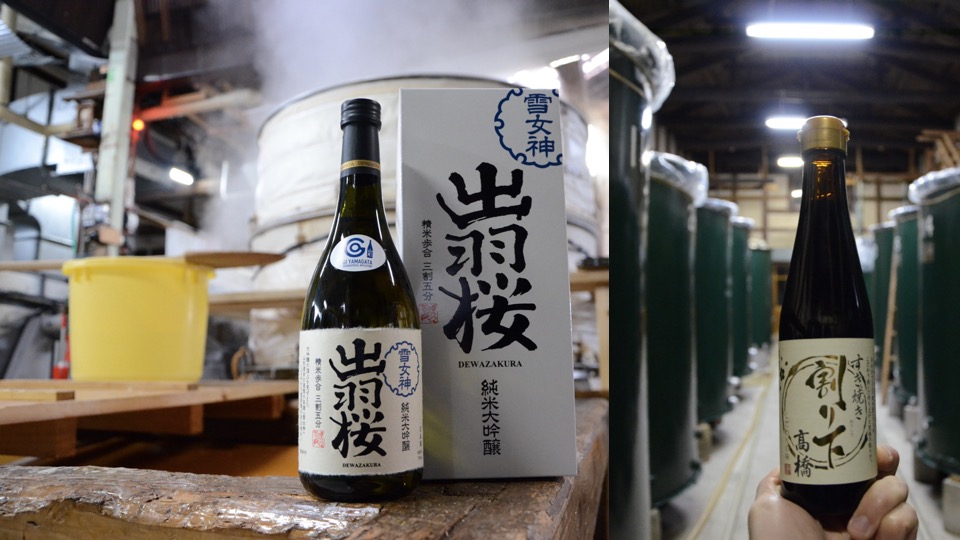 Dewazakura Sake Brewery was founded in 1892 by Seijiro Nakano, whose head family-owned Kuma Masamune Sake Brewery. There was three Nakano family’s sake brewery until Showa period. Dewazakura Sake Brewery is located in Tendo City, Yamagata Prefecture, a small town of 60,000 residents located 300 kilometers north of Tokyo. Situated in the Yamagata Basin and surrounded by high mountains, Dewazakura began to market Ginjo Sake, named as Oka Ginjo, the first attempt of its kind for sake breweries in 1980. Back then, Ginjo was mainly made for completion and the word “Ginjo” was rarely known; only those involved in sake brewing were familiar with the word. However, they wanted everyone to enjoy Ginjo so they decided to sell Ginjo for an affordable price to the public. Since releasing Oka Ginjo, the brewery had wanted to spread Ginjo all over the world so they started exports of sake in 1997. They now export to over 25 countries, spreading the joy of drinking Ginjo to people in many parts of the world. 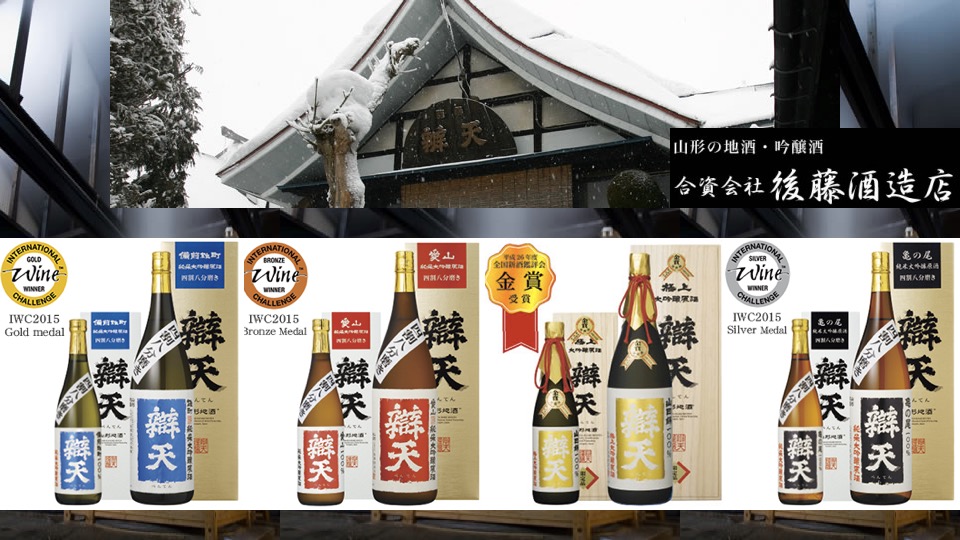 Based in Okitama, Yamagata Prefecture, Goto Shuzoten is a sake brewery dedicated to the small-lot production of high-quality sake since 1788. The current president is the eighth-generation owner, and his successor works at the brewery among the kurabito (brewery workers) during the winter sake-making months. Primarily using rice grown by contracted producers, among them the brewery’s own kurabito, Goto Shuzoten brews junmai-shu and junmai ginjo-shu, among others. Its preferred rice varieties for sake rice such as Dewasansan, Tsuyahime, Kamenoo and Yamada Nishiki, especially those produced locally in Yamagata. Small-lot production and Yamagata’s natural blessings ensure the excellent quality and great taste of Goto Shuzoten’s sake. 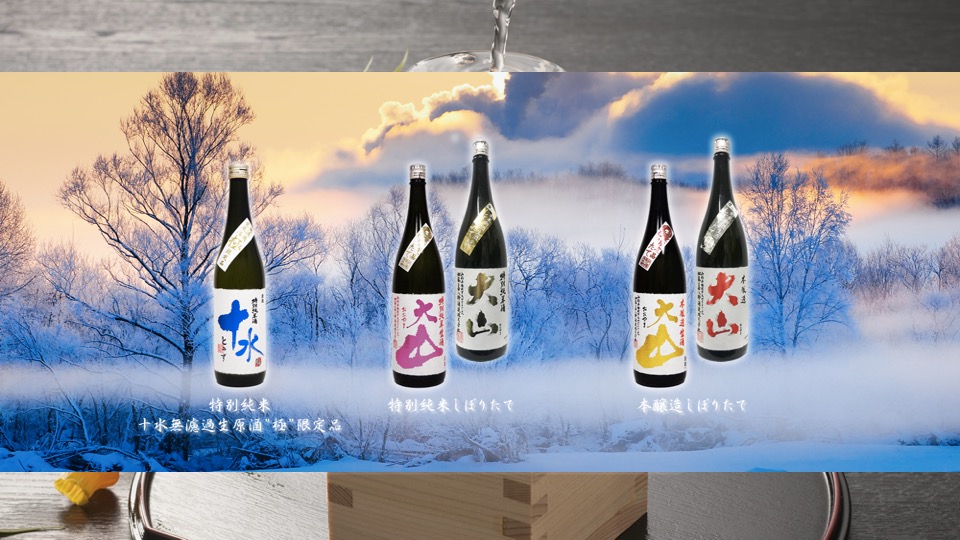 The town of Oyama, where the brewery is located, began full-scale sake brewing in the early Edo period as a tenryo (directly controlled by the shogunate), and in the past there were dozens of sake breweries lined up. Along with Saijo in Hiroshima and Nada in Kobe, it was named as a place for sake, and was also called “Konada in Tohoku”. Our company was founded in the 5th year of the Meiji era in this Oyama area. Nowadays, only a few sake breweries are left, and the remnants of the old days have faded, but it was named “Oyama” as a representative sake of this area. 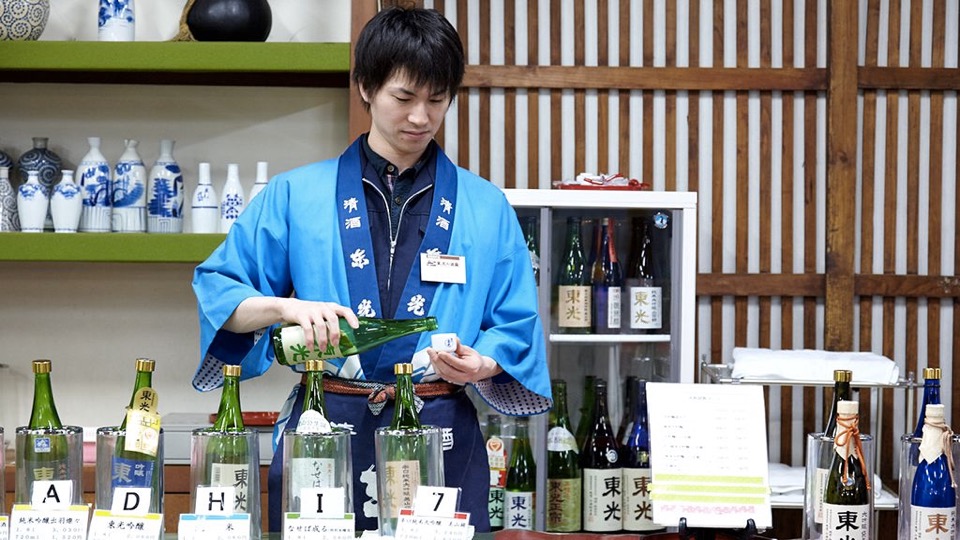 Toko has been continually operated since 1597, during the Azuchi Momoyama period. Our sake is brewed in Kojima Sohonten which later became the purveyor to the Uesugi Family. In 1952, Kojima Sakaya, the private industry of Yazaemon Kojima became a stock company as Kojima Sohonten. The name “Kojima Sohonten” meaning “the original” was chosen as more brewers, wholesalers and retailers of alcohol products in Yonezawa named as “Kojima” appeared. Most of these other companies were run by relatives of Yazaemon Kojima. The brewery always give their best to pursue first-class quality and deliver to the customers a culturally rich and refined experience. They treasure rice and water – nature’s gift – and aim to make sake that reflects this gift. They take the fact that “microorganisms brew sake as nature’s blessing” seriously and their brewing starts from the rice paddy. 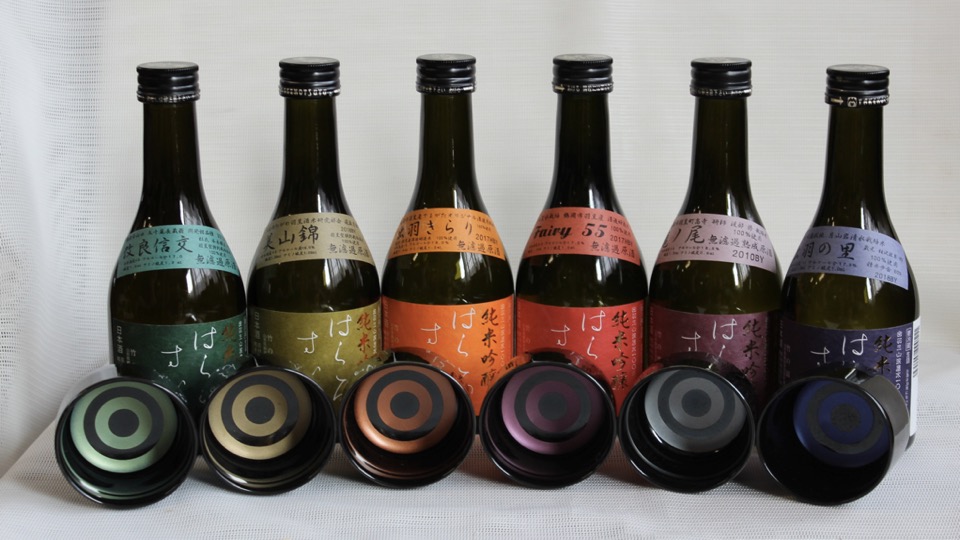 The Takenotsuyu Sakagura, also known as the bamboo brewery, was founded by the first Iwaji Konno in Haguro’s Inomata Nitta in 1858, the 5th year of Ansei. The sake brewery, which is still surrounded by bamboo grove and brews beautiful sake, has come to be called bamboo dew. In the 12th year of the Taisho era, the sake brewery of Zuijin Monzen Miyamotobo, which houses the excellent yeast that brews Miki sake, was taken over and relocated to this area. 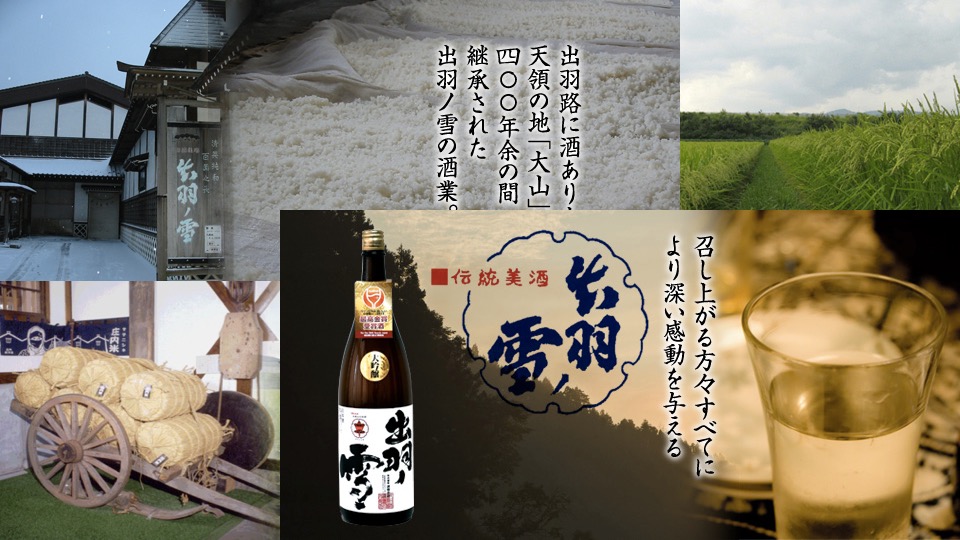 The Genna era when Ieyasu Tokugawa died and Hidetada Tokugawa, the second shogun, ruled the Edo Shogunate. Watarai Shuzo is a sake brewery founded by Nakaso Shinemon. The company has inherited sake brewing as a livelihood for more than 400 years in the famous brewery “Oyama” along with Nada. Taking advantage of the clean water of the Aka River flowing down from the mountains of the Gassan and Asahi mountains and the “blessed land advantage” of the Shonai Plain, which is blessed with high-quality rice grown by sincere farmers. 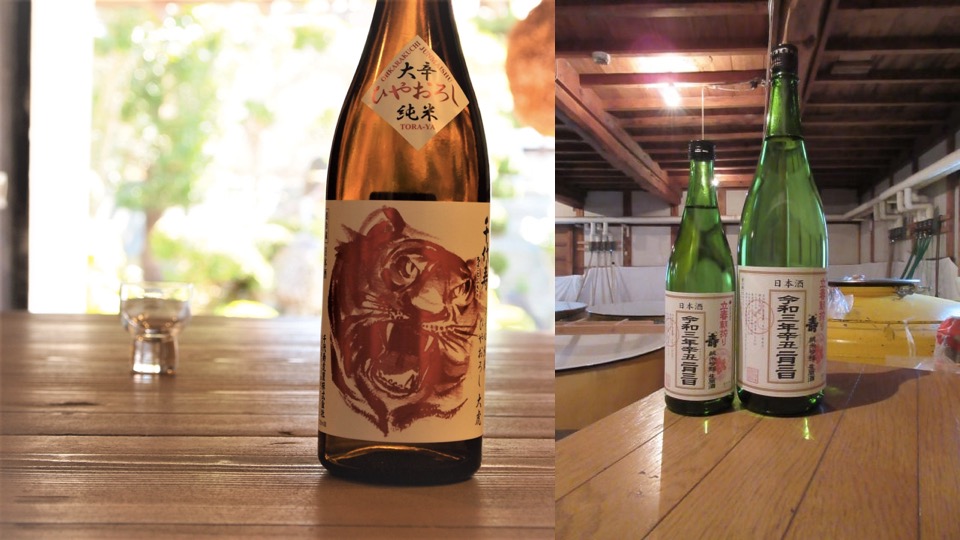 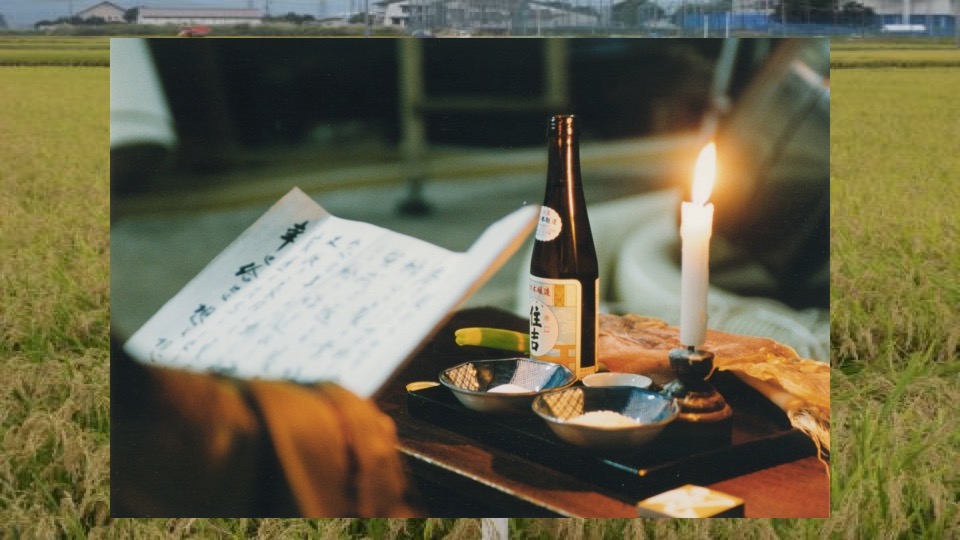 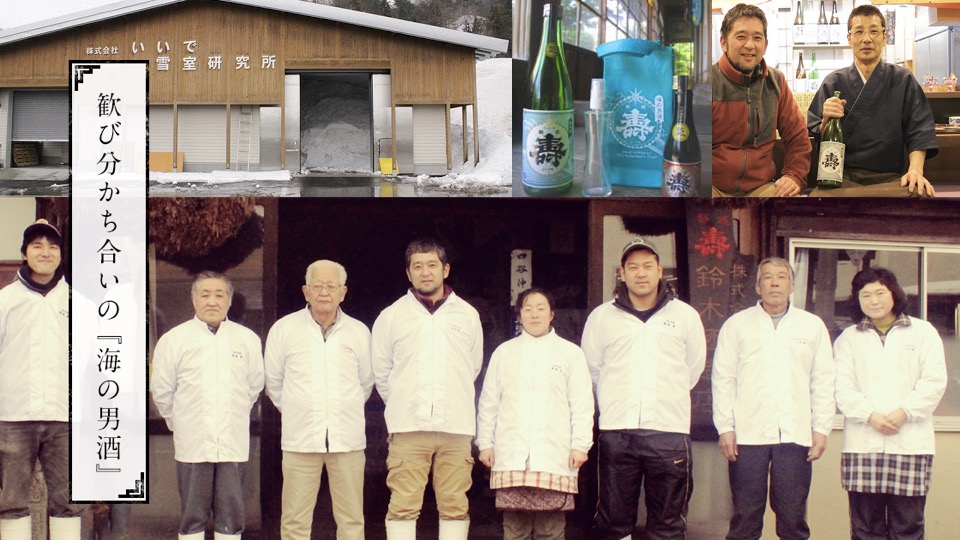 The brewery was founded as Toyo Sake Brewery Co., Ltd. in 1958 with the investment of influential people in Koide Village (currently the southern part of Nagai City). The brands at the time of establishment were “Toyo No Honor” and “Kiku Toyo”, and later “Lifetime Happiness” became the main brand. In October 2011, Suzuki Sake Brewery Co., Ltd. acquired all shares, and in December of the same year, the current company name was changed to “Suzuki Sake Brewery Nagaizo Co., Ltd”. 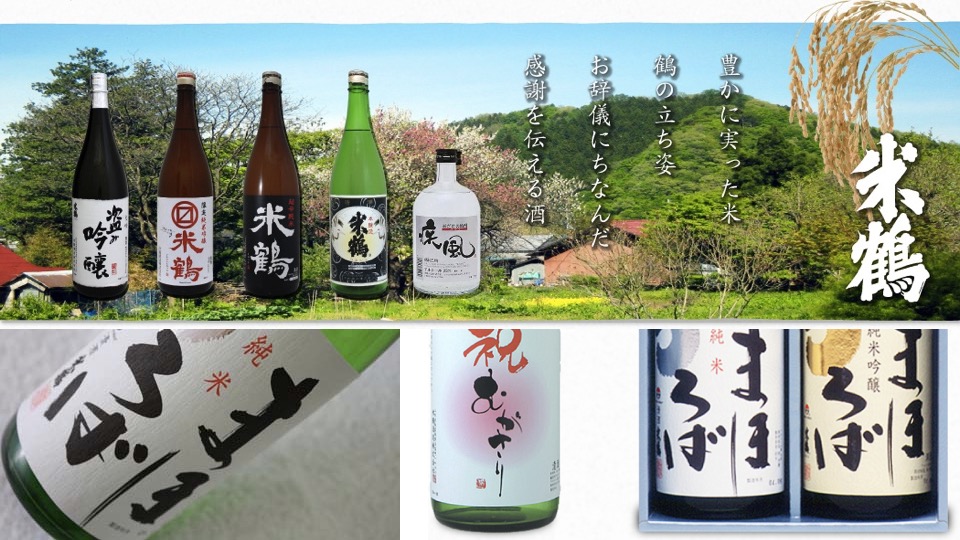 The name “Yonetsuru” comes from the bowing appearance of Inaho and the local folk tale “Tsuru no Gonsei” with the desire to “express gratitude and be a sincere sake”. The aim of the brewery is to create a sake that is “fresh” and has a high level of “fragrance, taste, and sharpness”. Yonetsuru continues to fly to higher heights while constantly combining the tradition and experience of its brewery with advanced technology.