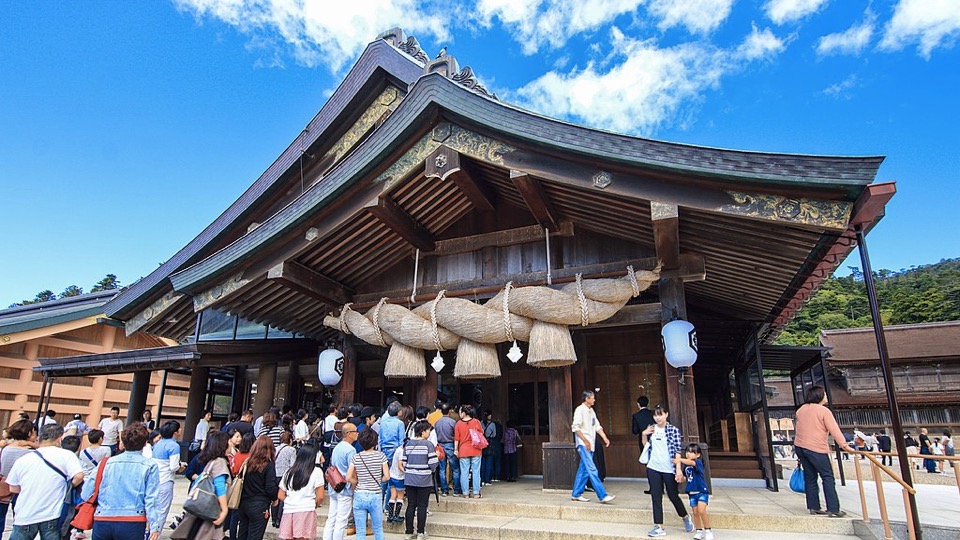 Shimane Prefecture is situated in the northern region of Western Japan, facing the Sea of Japan. It stretches widely from east to west, with the Oki islands located north of its shores. The land is blessed with riches both from the Sea of Japan and from the Chugoku mountain range. The Prefecture is believed to be the center of Japan’s oldest historical record, the “Kojiki”, as well as the subsequently compiled “Izumo-no-kuni Fudoki”. It is said that the origin of sake was in the Shimane area. There are several shrines in Shimane that still brew sake for ceremonial use, utilizing methods handed down from ancient times, or very similar methods, which demonstrates the deep relationship between Shimane Prefecture and Japanese sake. 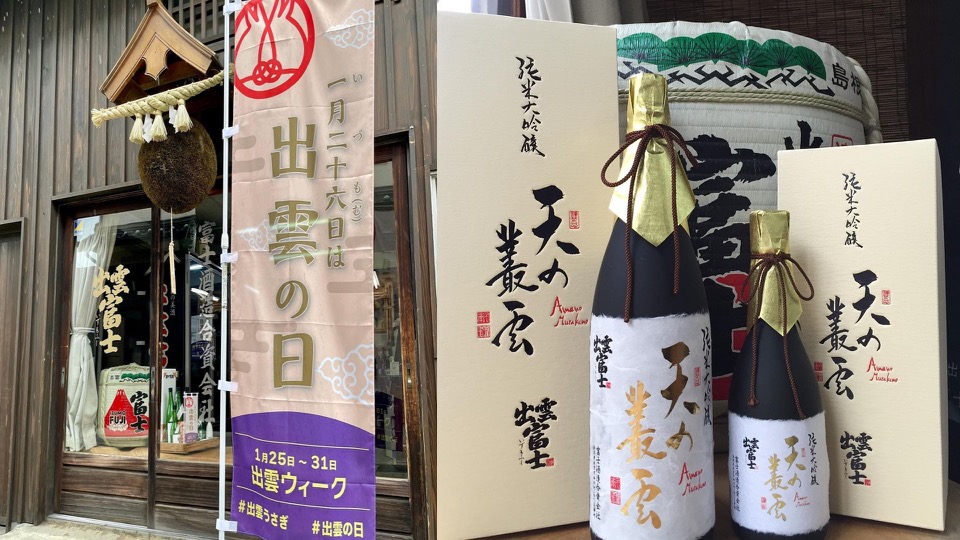 The brewery is located in the center of the Izumo Plain, which is protected by eight million gods, at the foot of the Izumo Taisha Shrine, which is famous for marriage. The Izumo Plain is a land formed by the Hii River, which became a model of the Yagi Daija flowing from the Chugoku Mountains, and is also a treasure trove of food that is filled with seasonal ingredients sandwiched between the Sea of ​​Japan and the Chugoku Mountains. Izumo is also known as the birthplace of sake. We aim to make honest and pure sake that makes the best use of the characteristics of rice as a local sake of Izumo that connects people with good relationships such as people and food. 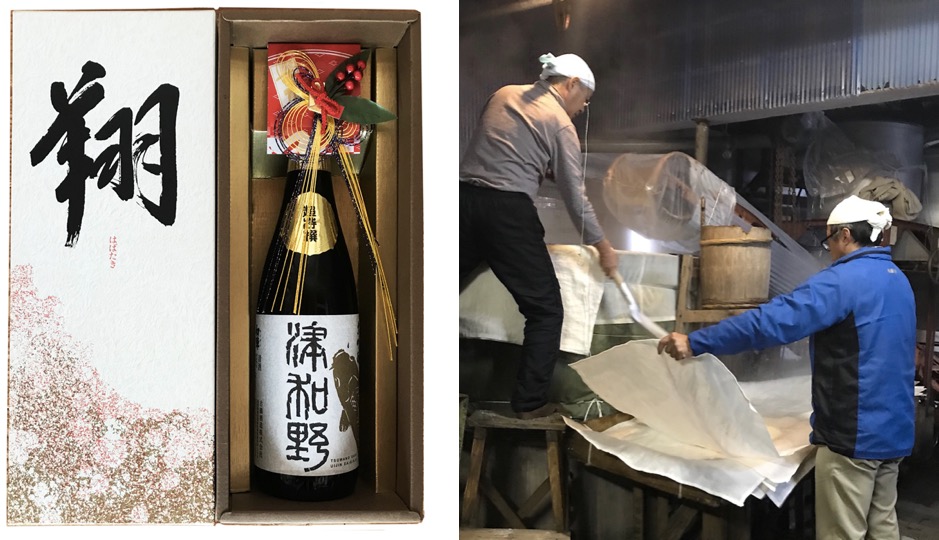 Located in the center of the town, Tonomachi-dori, where old samurai residences were lined up, has beautiful white walls and a moat, and countless carps swim gracefully in the moat, which is pleasing to the eyes of tourists. Our sake brewery is located on “Honmachi-dori” next to “Tonomachi-dori”. “Honmachi-dori” was also called “Honichi-dori” in the olden days, and in the olden days, merchant houses were lined up, and the remnants of it still remain. Since the sake brewery is located on the four corners, it has long been nicknamed “Kaku Sakaba” by locals. The store and warehouse building are designated as nationally registered tangible cultural properties. 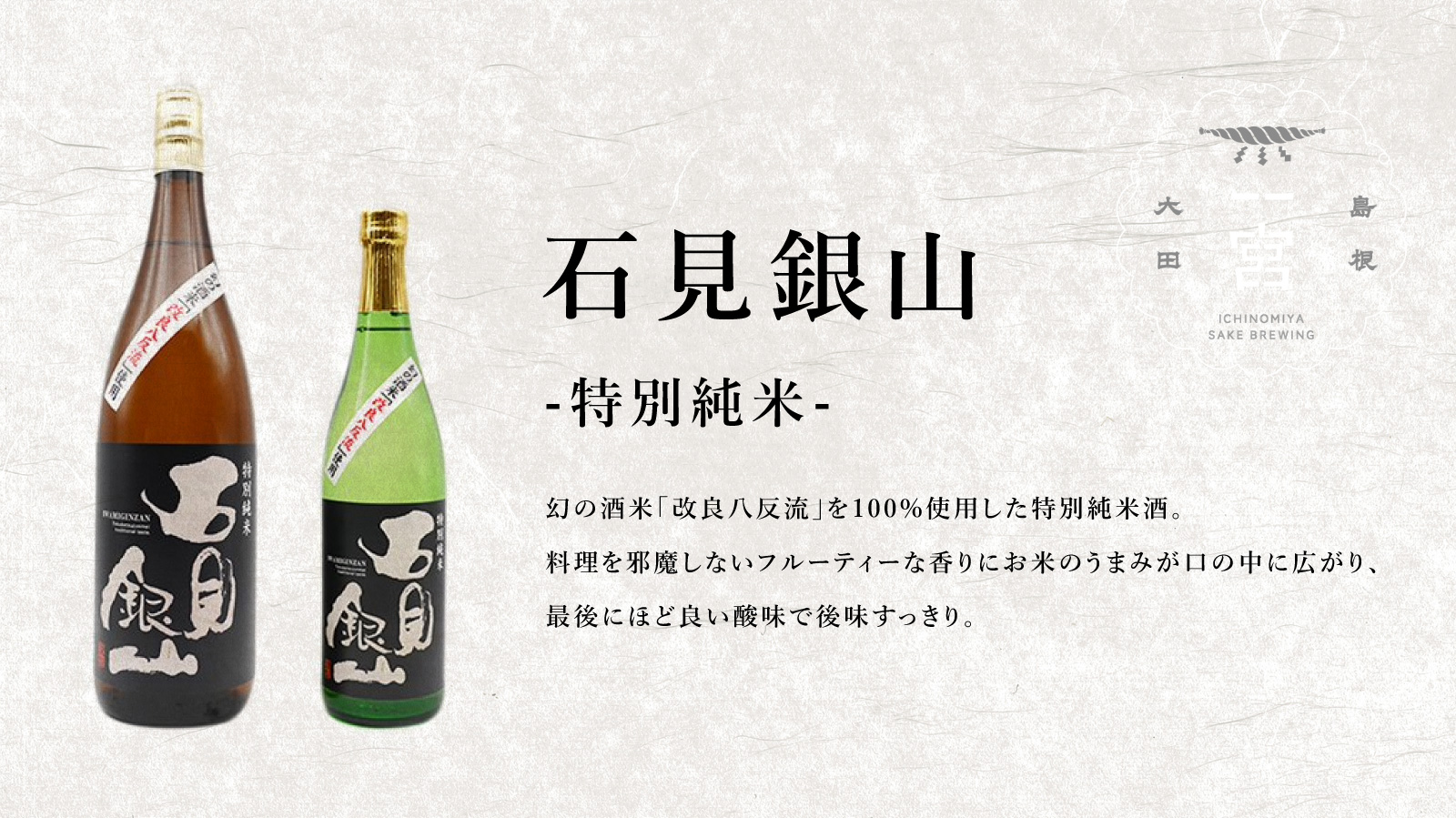 The brewery is located in the center of Oda City, Shimane Prefecture, the gateway to the Iwami Ginzan Silver Mine, which was the target of many daimyo and military commanders during the Warring States period. As it is said that “famous sake comes from good water,” about 80% of the composition of sake is water, which is the “source of sake’s life”. We are particular about water as well as high quality sake rice, and we use underground water that springs from the foot of the magnificent Mt. Sanbe for preparation. 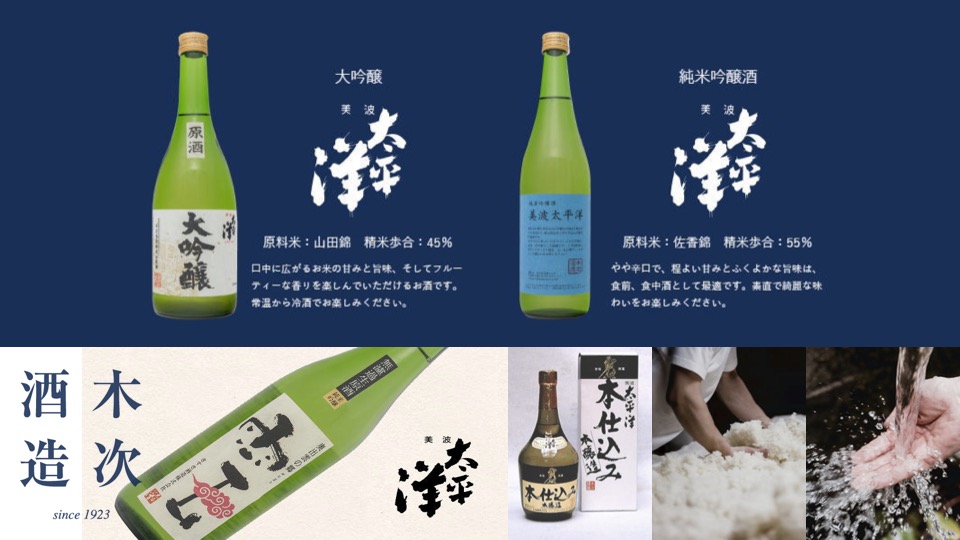 At our brewery, Mr. Mori Kuramoto is responsible for brewing sake from the time the rice enters the brewery until it is sold for sake. The water used for sake brewing is Iwashimizu, which springs up in the mountains near the brewery, and all the rice is from Yunnan City, where we have our brewery. In addition, since we use locally made Japanese paper “Haikawa Washi” for the labels of almost all sake, everything except the bottle and crown is locally produced. Although the amount of production is very small, we are particular about the local city of Unnan, Shimane Prefecture, to make sake. 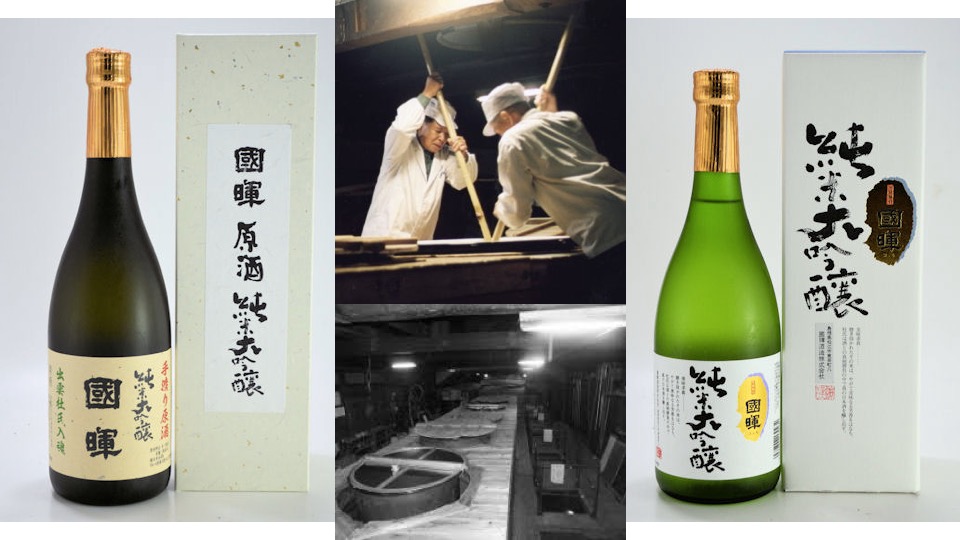 The brewery was built after the great fire of the fifth year of culture and retains the remnants of a Machiya in the late Edo period. The brewery facing Lake Shinji was relocated and remodeled by taking over the storehouse of the Matsudaira clan, the lord of the Matsue domain, and the genealogy of sake that has been brewed under the girder for hundreds of years is the taste of today’s Kokki. In recent years, most of the yeast used by Kokki Sake Brewery is “Shimane K1” yeast. From the 1960s to the beginning of Heisei, Shimane Prefecture won a gold medal at the National New Sake Appraisal. The brewery’s “Sake Mother Room” and “Takeshizo” have a unique structure that makes it easier to benefit from the microorganisms in the brewery, which is one of the reasons for Kokki’s individuality. 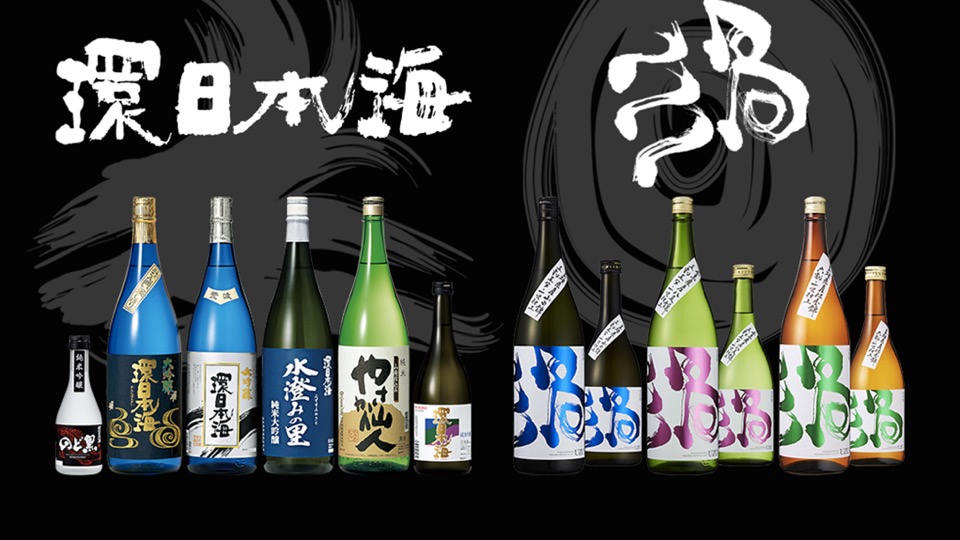 At Nihonkai Sake Brewery, sake is brewed from November to March without stopping, day or night. By the manufacturing method called cold brewing (cold preparation), sake brewing is carried out while effectively promoting fermentation by making the best use of the natural low temperature environment. We use “Yamada Nishiki” and “Saka Nishiki”, which are cultivated under contract in Hamada City, to enhance the transmission and appeal of local sake. 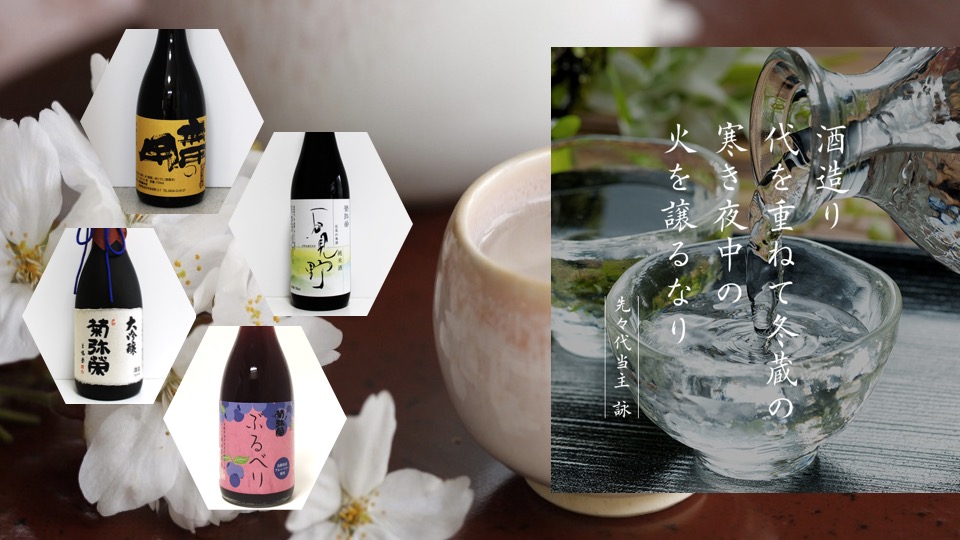 The brewery was founded in the 10th year of the Meiji era. Although it has a short history, we have continued to sell it locally without selling it in tubs (providing unbranded sake to major manufacturers) for generations. Since 1998, we have started manufacturing rice shochu, and without forgetting this wish, we have made daily research efforts, and even shochu has been evaluated locally. The pleasant scent and the deep taste cultivated through daily efforts are sake that can be enjoyed with people’s conversations and seasonal side dishes. 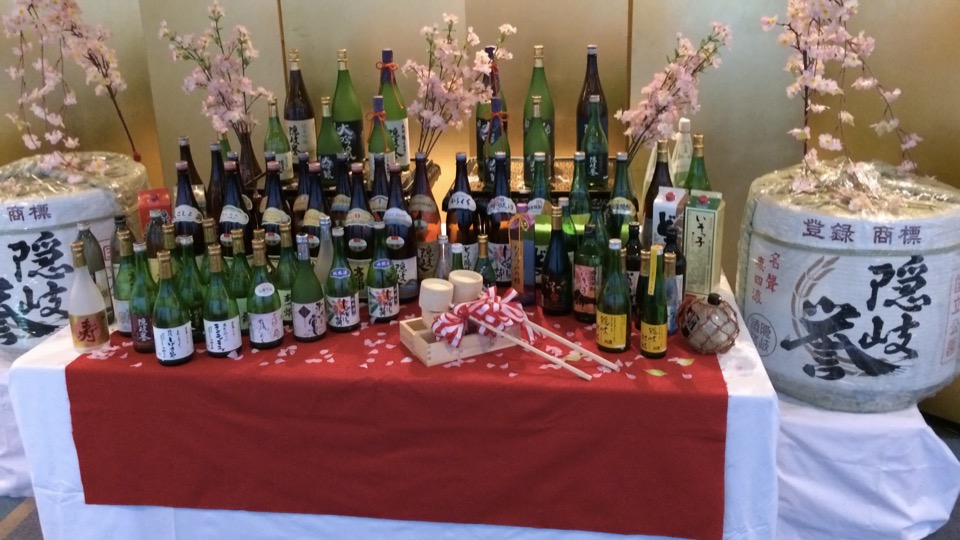 For more than 40 years, Oki Sake Brewery has been brewing sake with all its heart. We have two bases, a head office and a branch office in Shimane prefecture. The sake brewed each year is easily affected by the condition of the rice and the climate of the year, and there is no guarantee that the same sake will always be produced. Under the slogan of “There is no heaven to improve the quality of sake”, we respect the origin every year, polish the rice, make thorough koji, and manage the mash with love and strictness, and we value the harmony of the five flavors. 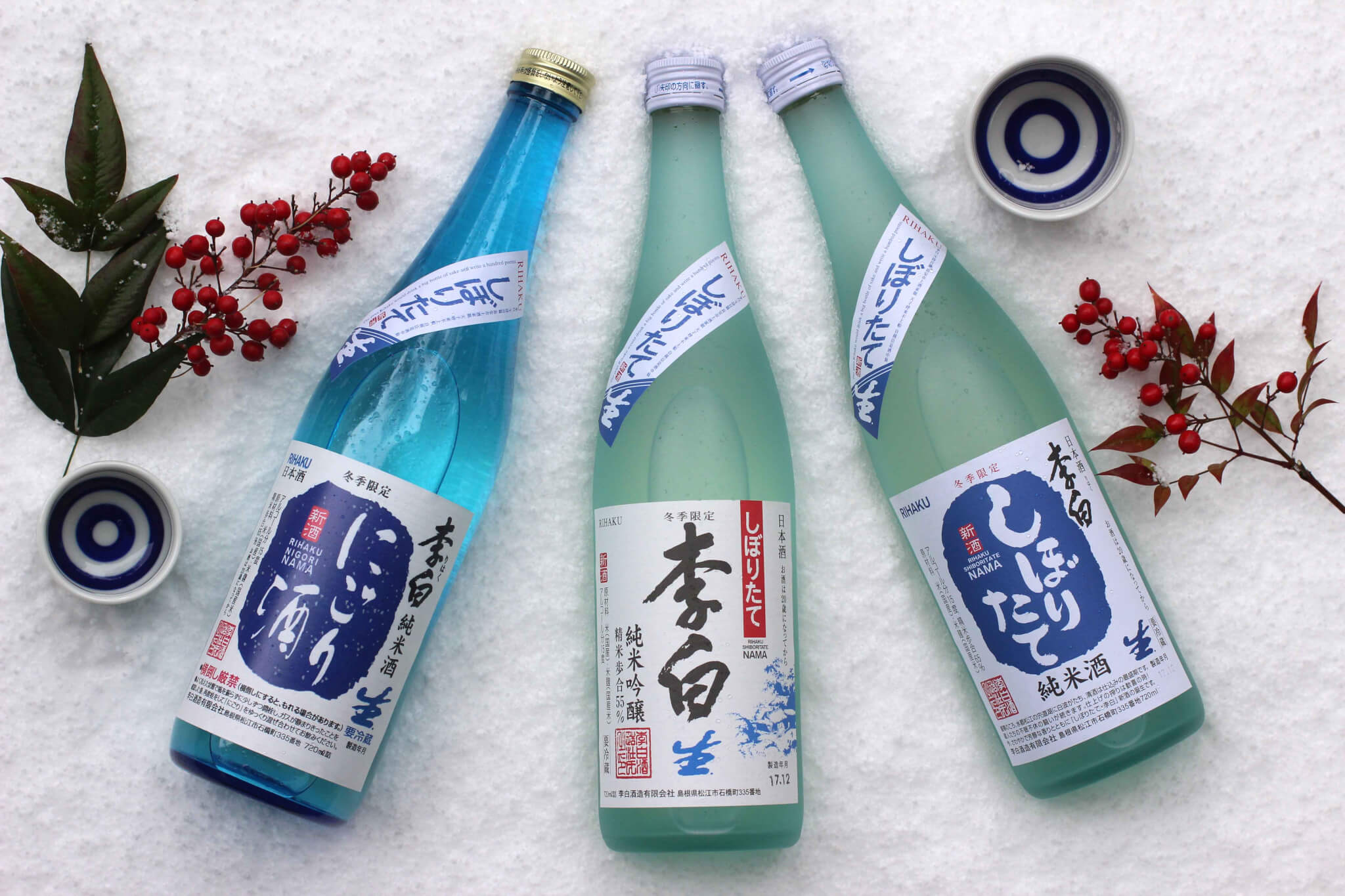 Rihaku Shuzo was founded in 1882 in Matsue City in Shimane, although it was not until 1928 that we adopted the name Rihaku. Rihaku was a famous poet in China, and is also known in English as Li Bai. We brew our sake with water from a deep well near the kura, which has long provided us with pure, clean, delicious water. We make use of Rihaku’s poems and phrases in our brochures and on our labels, and quote him often, several of our sakes are named with phrases from the great poet’s words. 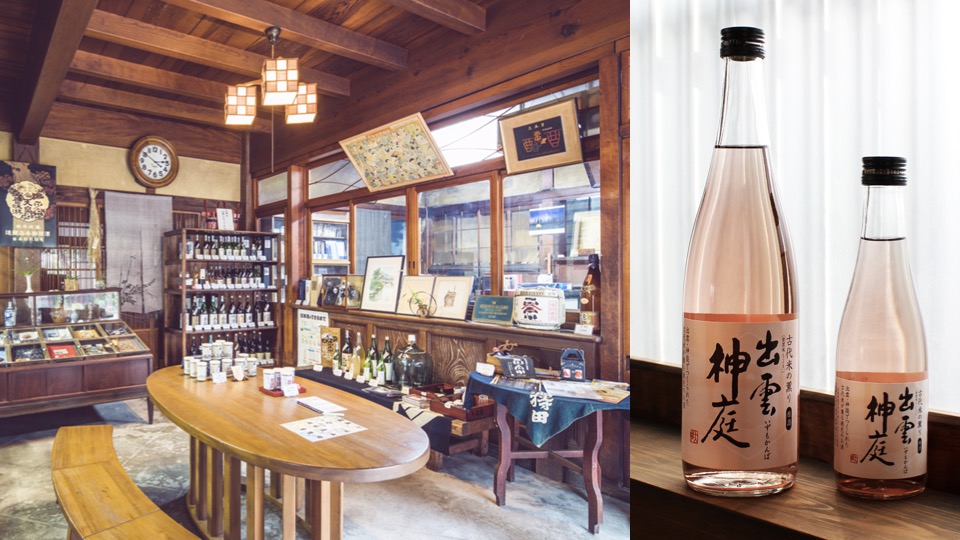 The Sake Mochida main store has inherited the skills of Mr. Izumo Mori for 140 years at the shrine’s knees. The street where the sake brewery is located at is called the “Cotton Road,” and the old townscape remains today. Five buildings, including the main building, sake brewery, and inspection station, were designated as national registered cultural properties in 2017. 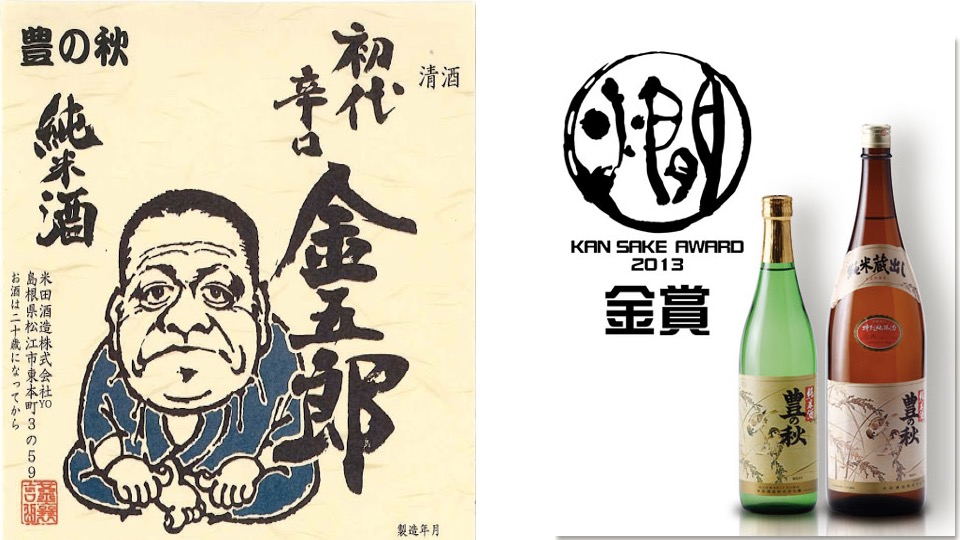 Yoneda Sake Brewery was founded in 1896 by Kingoro Yoneda, and it still stands in that location in Matsue City’s Higashi-hon-machi. Kingoro named the main brand of sake to be made at Yoneda Sake Brewery as “Toyonoaki,” expressing hopes for a bountiful autumn harvest. With his passion for making good sake, Toyonoaki became very popular. Eventually, Yoneda Sake Brewery began to brew shochu (Japanese distilled liquor) and real mirin (sweet rice wine used in cooking) under Kingoro’s direction.