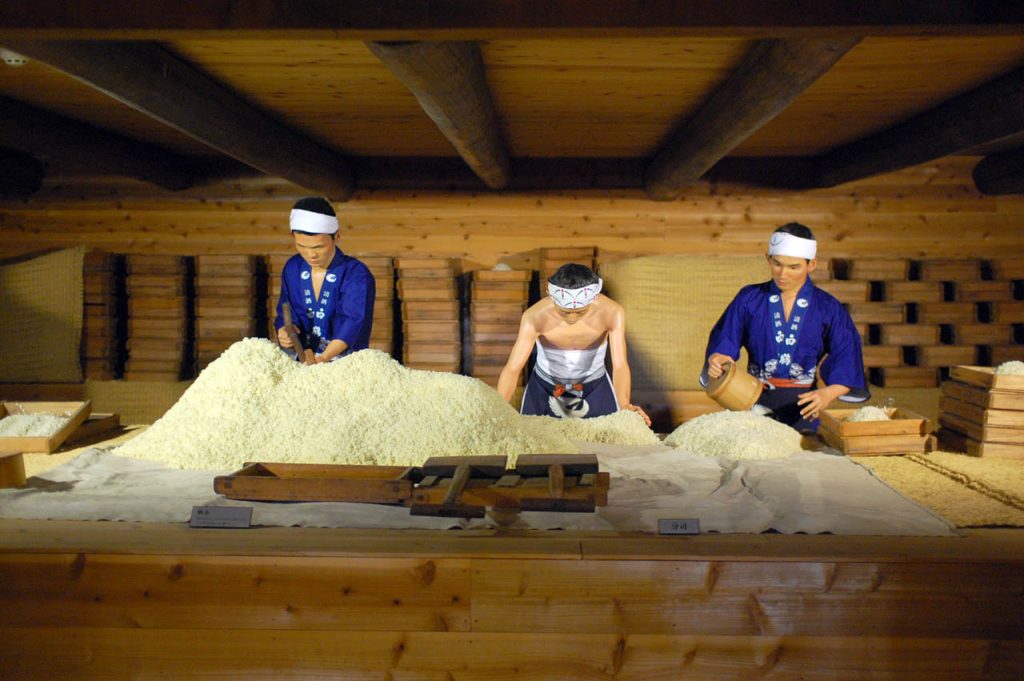 Koji is a sweet fragrant mold that’s often used to make beverages such as Sake. In this sake video, it will be showing the traditional sake koji making process. Making sake koji is an essential part in the process of brewing sake, as the rice starch needs to broke down to sugar with the help of koji.

Koji is steamed rice that has had koji-kin, or koji mold spores, cultivated onto it. This magical mold, for which the official scientific name is Aspergillus Oryzae, creates several enzymes as it propagates, and these are what break the starches in rice into sugars that can be fermented by the yeast cells, which then give off carbon dioxide and alcohol. Without koji, there is no sake.