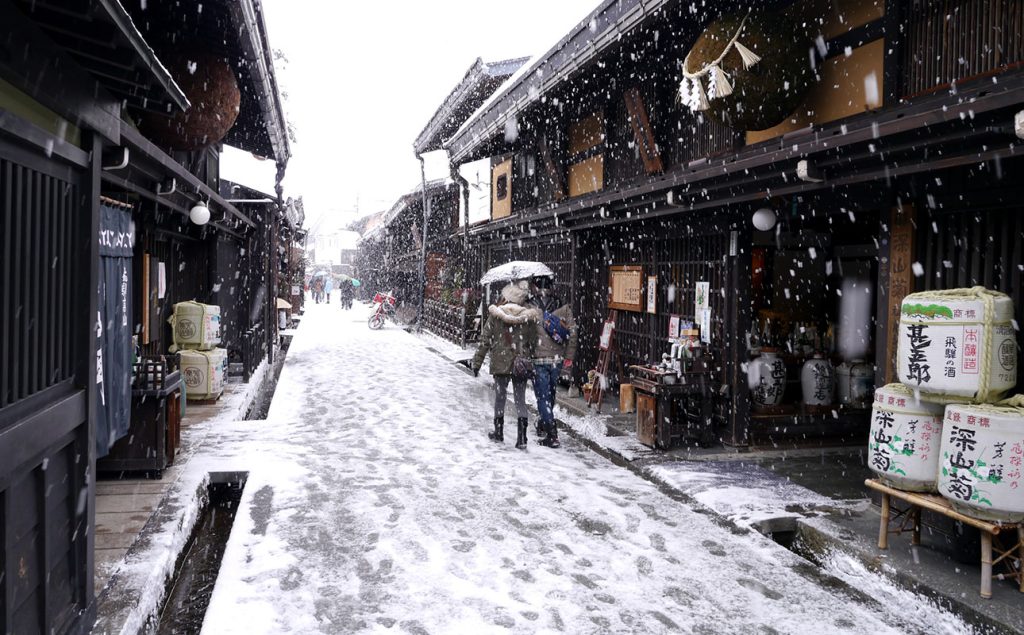 Gifu Prefecture is located in the center of Japan, one of only eight landlocked prefectures, and features the country’s center of population. The area of Gifu Prefecture consists of the old provinces of Hida and Mino, as well as smaller parts of Echizen and Shinano. The name of the prefecture derives from its capital city, Gifu, which was named by Oda Nobunaga during his campaign to unify all of Japan in 1567. Gifu Prefecture is surrounded by mountains such as the Northern Alps, Mt. Hakusan, Mt. Ibuki, and Mt. Ena. It becomes well water from each brewery in the prefecture, which is ideal for sake brewing and produces delicious Gifu prefecture sake. G yeast is a yeast developed by the Gifu Prefecture Sake Brewery Association, the brewery in Gifu Prefecture, and the Gifu Prefecture Industrial Technology Center, and has been distributed since around 1997. The rice suitable for sake brewing that represents Gifu prefecture is “Hidahomare”. In winter, the snow that has fallen on the mountains of the Northern Alps becomes underground water and moistens the rice fields, and the rice grown there is rice that has fully absorbed the blessings of nature. It is large, low in protein, and has a high expression rate of heart white, so it has the best conditions for high-class sake brewing. Sake using this “Hidahomare” is characterized by a good balance of sweetness, spiciness, acidity, astringency, and bitterness. 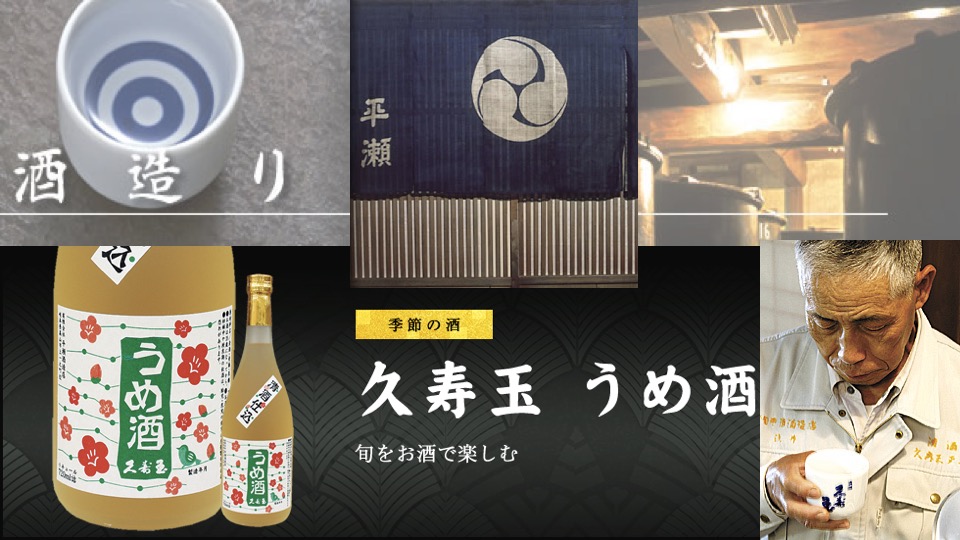 The Hirase Shuzo Sake Brewery is located at the foot of Mt. Tenjin in Ebisaka, a part of the castle town. The date of its founding is uncertain, but it has been recorded in the past book of Bodaiji since 1623, and it has been in existence for more than 380 years and 15 generations. At Furuswa Shuzou Brewery, they are continuing the efforts to produce higher quality specific sake. Specific sake can be displayed only if the raw materials, manufacturing method, etc. meet the specified conditions in the sake manufacturing method quality standards, and includes ginjo sake, junmai sake, and honjozo sake. 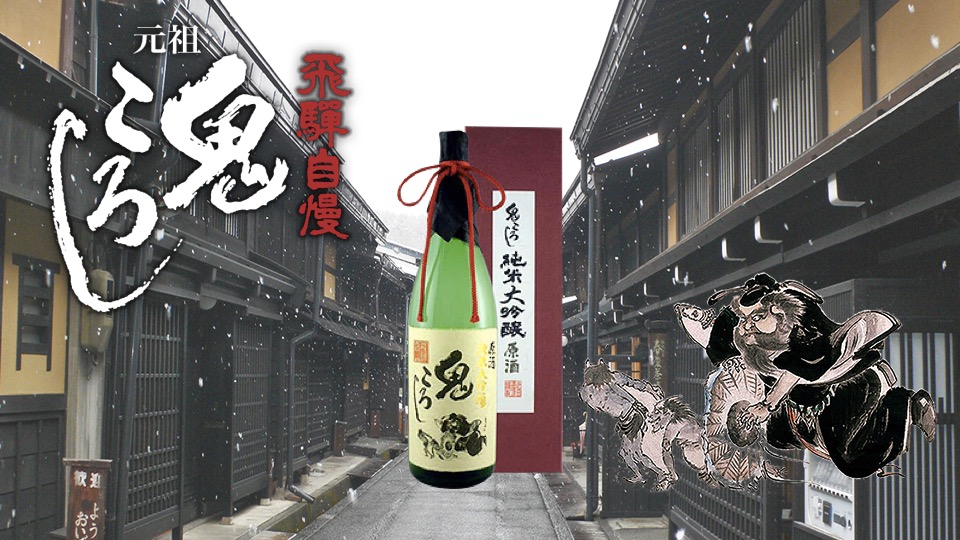 It is said that in the 1720s (Kyoho year), he moved to Hida from what is now Gunjo City, Gifu Prefecture, and started brewing sake.  Using peasant rice and abundant water, he used to brew sake in the winter, which is the off-season. Later, the sake made by Oda became popular and was metaphorically described as “like a demon.” In 1991, the brewery was relocated from the center of Takayama to Kiyomi Village (currently Kiyomi, Takayama City), which is rich in nature. The water used is abundant underground water in the Hida Mountains. The rice used is rice suitable for sake brewing, such as “Hidahomare” from Hida. 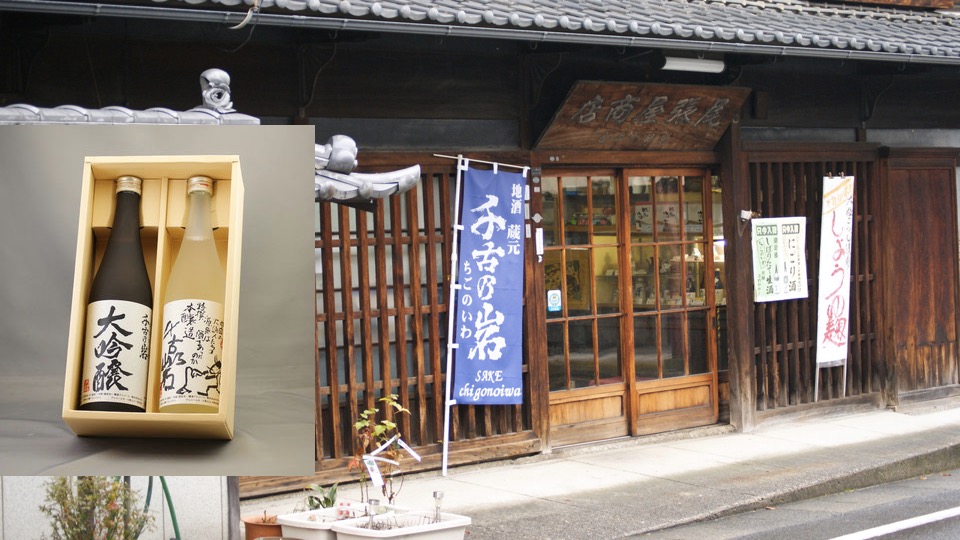 Sake “Chikonoiwa” is a local sake from Gifu that is brewed with the utmost care in quality by the technique handed down by Mr. Echigo Mori. It is a quiet and mellow local sake of Gifu that is made in an exquisite balance with the climate and climate of Gifu. This region is a major production area for pottery, and the clay ground is thick, and the groundwater that passes through it becomes soft water, which is the softest of all soft water. They have been brewing refreshing local sake for four generations in an environment suitable for sake brewing. 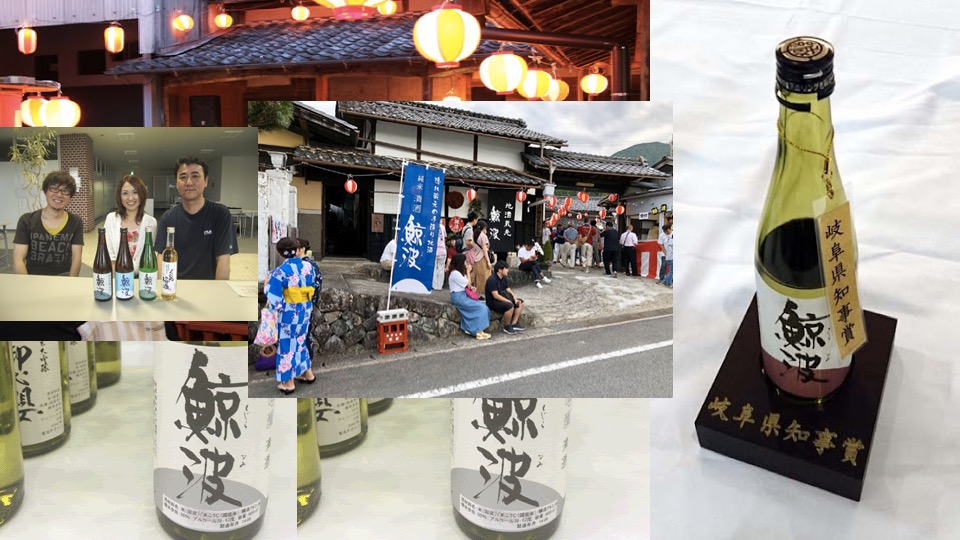 Their storehouse is located in the mountainous area of ​​a small town called Fukuoka in Nakatsugawa City, Gifu Prefecture, in the middle of Futatsumoriyama, near 600m above sea level. It is located in the middle of nature surrounded by mountains on all sides. The spring water from the back mountain (Futatsumoriyama) is used as the water for preparation. This water is very cold and delicious even in summer. The rice used is “Hidahomare”, which is suitable for sake brewing in Gifu prefecture and is cultivated in the Ena area. The brewery is in charge of Mr. Mori. A small sake brewery made by the family. The fifth-generation owner, Koemon Nagase, acquired a brewing stock and started the brewing business. Currently the 11th generation, the 7th generation since starting sake brewing. 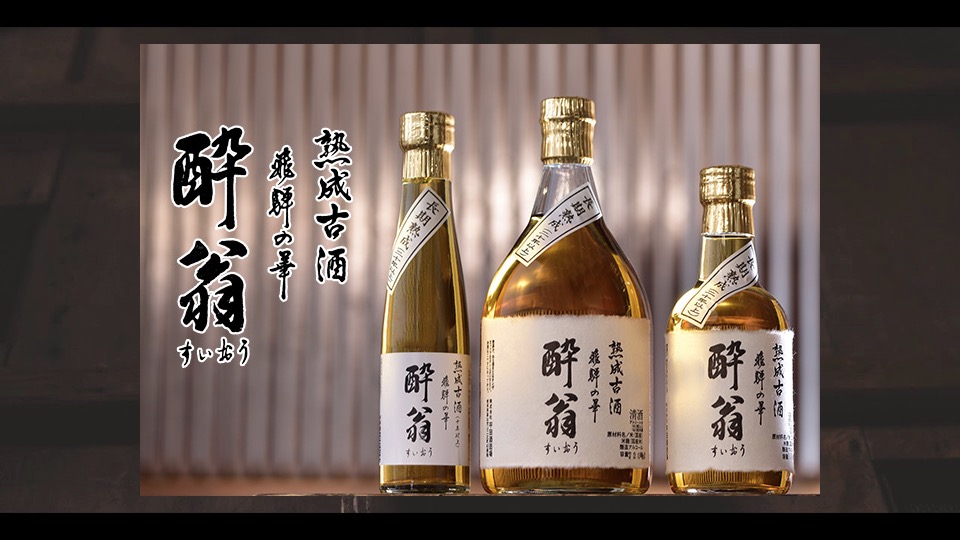 The brewing industry was founded in 1887. Since its founding, they have been studying and sticking to handmade sake based on the concept that sake is grown rather than manufactured. With “quality first” as the company motto, this sake is made by pumping well water using local rice “Hidahomare” and others, using the local advantages of cold Hida and the technology cultivated in tradition. This sake is enjoyed by the people who appreciate the magnificent taste, richness, and aroma. 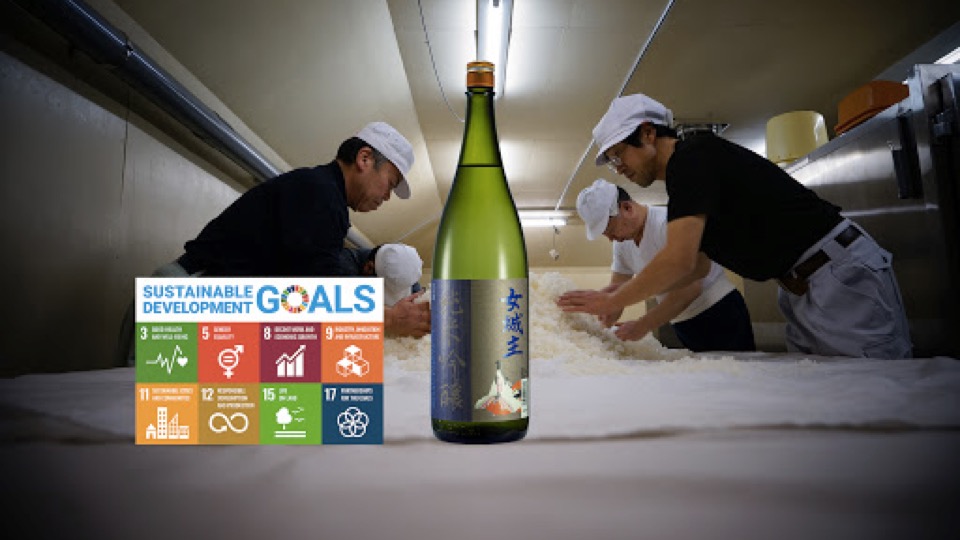 In general, the name of the sake brewery often bears the surname of the founder, but “Iwamura” brewing dares to name the town where the sake brewery is located. The reason is that they are always aware of the significance of brewing sake in this area and the reason for their existence, and aim to make “local sake” in the true sense of the word. That is why the rice used as the raw material is cultivated locally, and the water used for preparation is natural water with the same water quality as the one used to grow the raw rice, considering the compatibility with the rice for about 400 years. 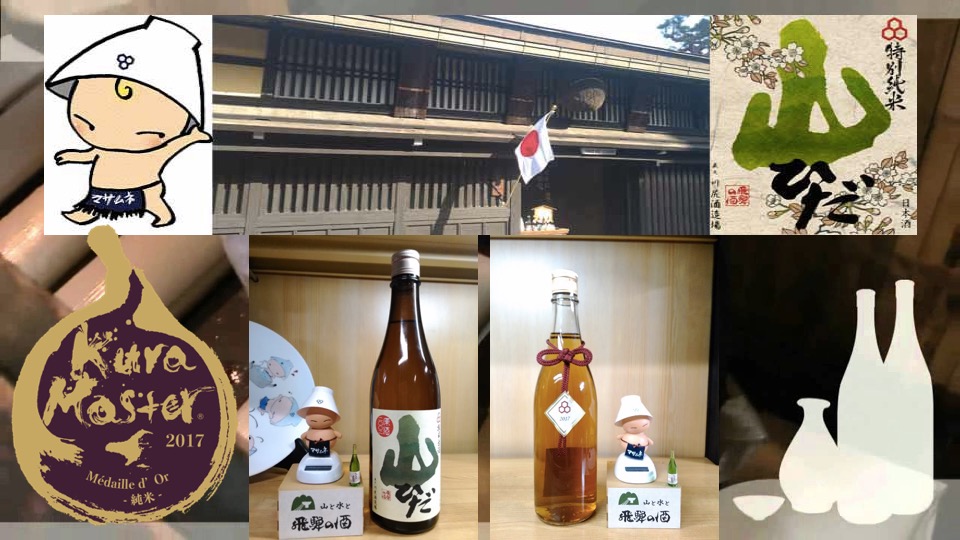 Their sake brewing is mainly traditional handmade. Except for Ori- shu, all are aged old sake that has been stored and aged in the brewery for several years. The five flavors that make up the richness of sake are mellowly harmonized, making it the original taste of sake. Due to the richness of sake, even if it is quite dry, you will not feel the spiciness of the sake. The only way to make such sake is to select good raw materials, process them carefully, and prepare them faithfully to the basics. For this reason, they use local rice for everything from pure rice sake to ordinary sake, steam the rice in-house and steam it in a Japanese kettle, and slowly cool it by exposing it to the natural cold air. The sake obtained in this way has a rough taste immediately after being squeezed, unlike the light quality of sake that is drunk with new sake. By slow aging, this gradually changes to a mellow taste, and the color changes from colorless and transparent to amber, and it is completed as sake. 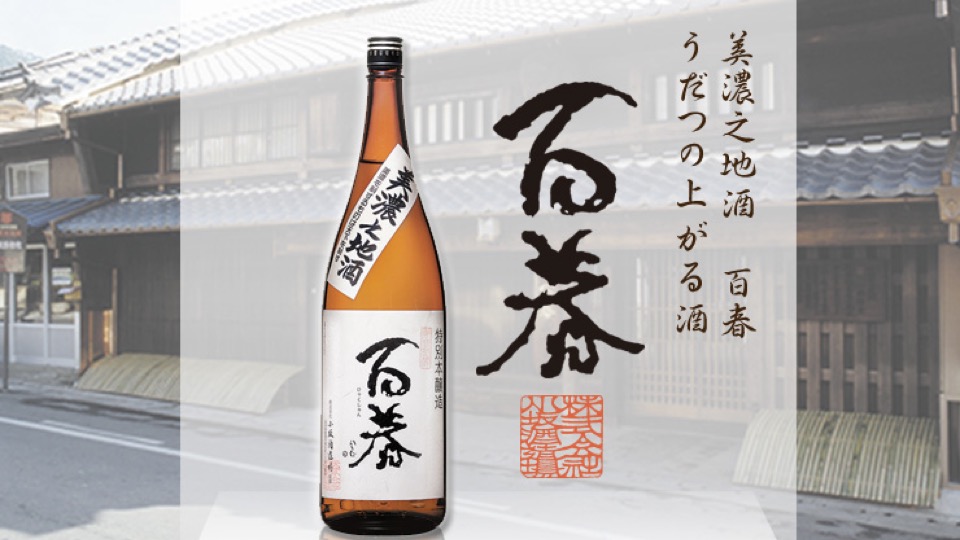 Kosaka brewery is located in the center of Mino City and received its sake brewery license from the Owari-Tokugawa clan during the Edo period. The brewery was built in 1772, a stately structure that portrays the history of sake breweries in the Edo period. With a soft arched “mukuri roof” and udatsus (a short central pillar and dividing walls) on the left and right as well as the center of the roof, this is a magnificent one-of-a-kind structure. The current owner is of the 12th generation and continues to strive to produce the best quality Hyakusyun by committing to and protecting the traditional methods of sake brewery to ensure the history of this sake brewery and culture of Mino City will continue to be passed down. 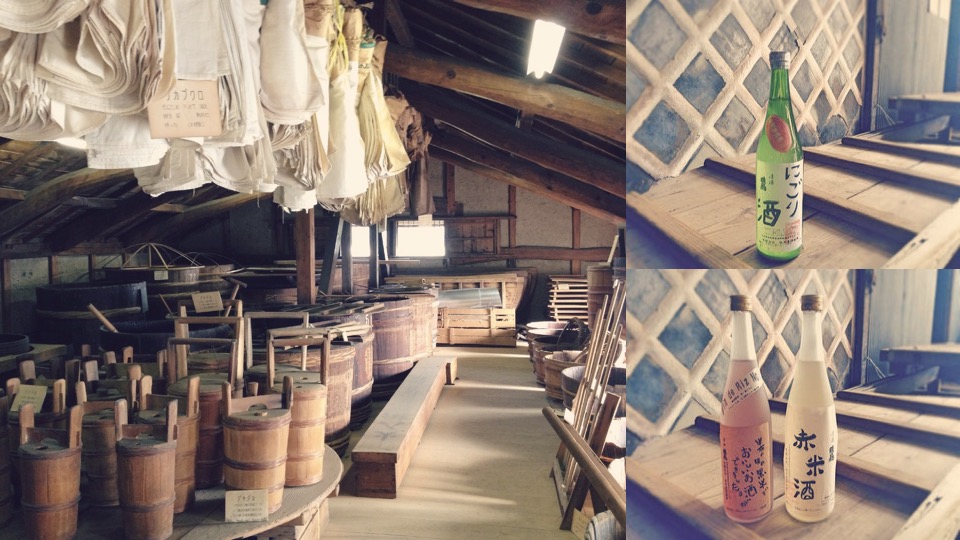 The main building was built in the 7th year of Kansei (1795). The appearance of the townhouses of the Edo period, such as the girders, is still preserved. The sake brewery is a building about 300 years old, and the other is a building about 100 years ago. It was designated as an “Important Tangible Folk Cultural Property of Gifu Prefecture” in June 1995. At the Matsuiya Sake Brewery Museum, sake brewing tools are exhibited according to the process of making sake. The passion of the people who gave their lives to sake brewing for each of the sake brewing tools is still alive. 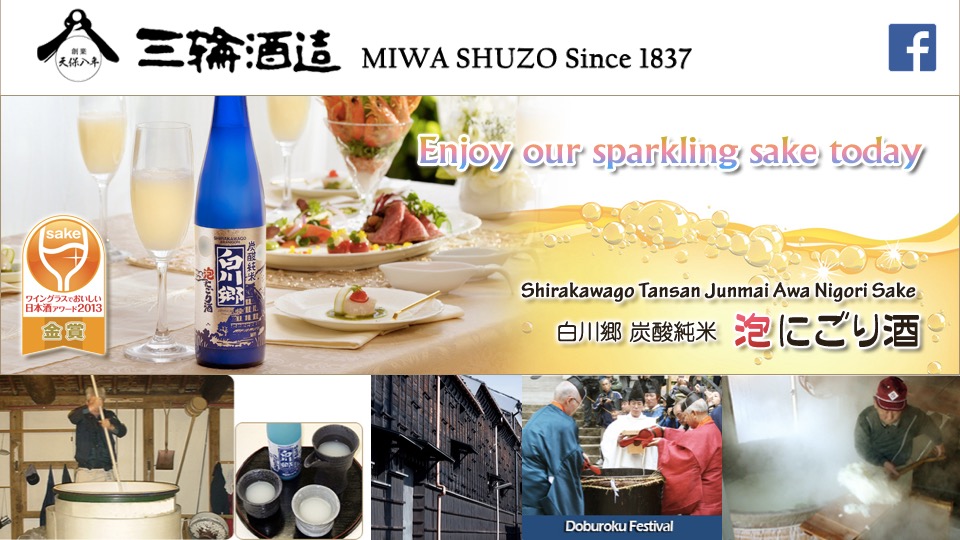 Every year a little ‘brewery’ at each shrine serves Doburoku made with its own special ancient techniques passed down through the generations. This is a true Japanese hometown festival at which one can see the villagers and the visitors from far away from drinking Miki-Doburoku (sake offerings to shrines) together in thanks for the harvest. Shirakawago first came about when the sixth brewmaster of MiwaShuzo was asked by the mayor of Shirakawa Village to produce a Doburoku similar to that served at the festival able to be drunk and sold at any time of the year. However, at that time there was no precedent of a nigorizake produced for sale year-round, so initially it wasn’t officially permitted to be sold under the alcohol tax laws. But through continued tenacious negotiations, the national tax board finally recognized and allowed the sale of nigorizake, after finally admitting that it was the best way to prevent its illegal production and distribution. Upon hearing this, Shirakawa Village was overjoyed and the village council authorized the trademark name of Shirakawago. 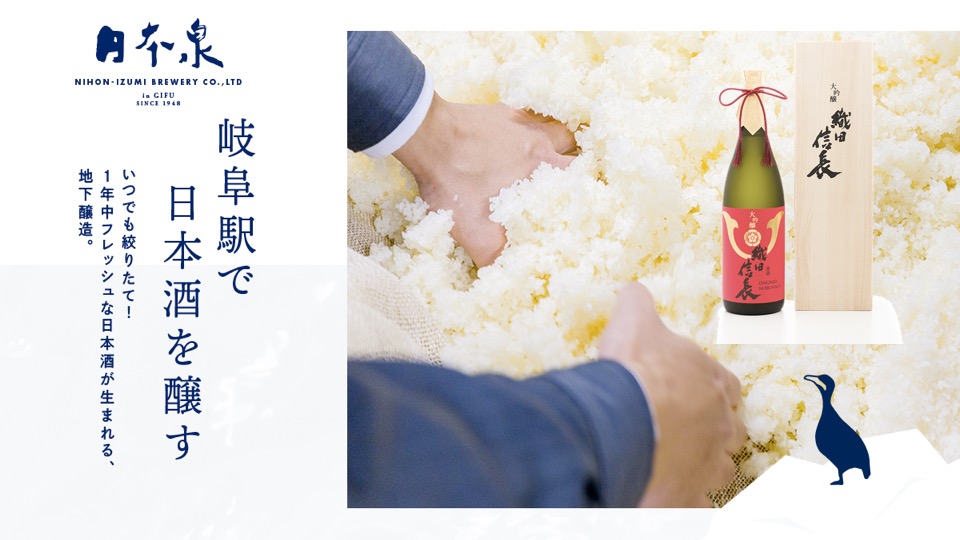 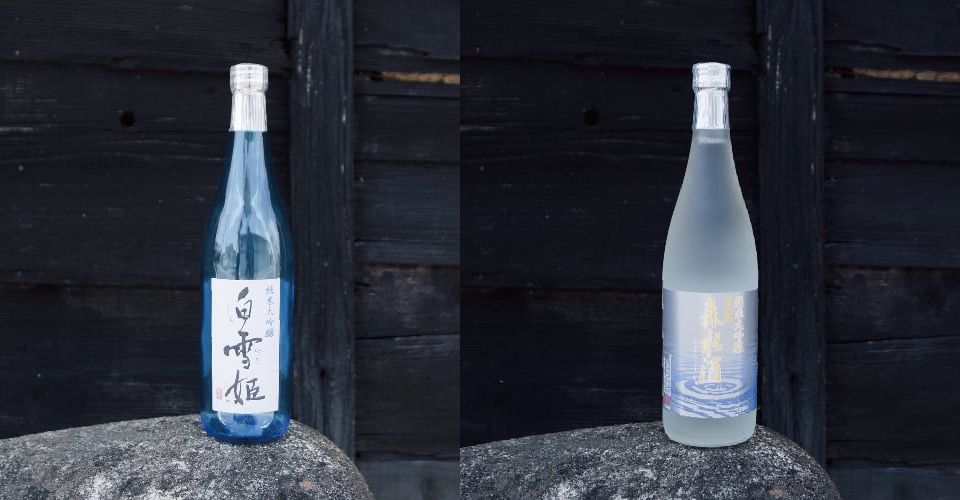 Ogaki City, Gifu Prefecture, located at the foot of Mt. Ibuki, the northernmost part of the Nobi Plain.
Watanabe Sake Brewery was founded in this area in 1902. Water is so indispensable for sake that it is said that there is famous sake where there is famous water. Ogaki has long been called “Ogaki, the City of Water” because of its abundant spring water and numerous clear streams, and Watanabe Sake Brewery also uses that spring water. In recent years, they have been making new sake every day by using the natural water “Koka no Morimizu” that springs from Mt. Koka in the Oku Nagara River. 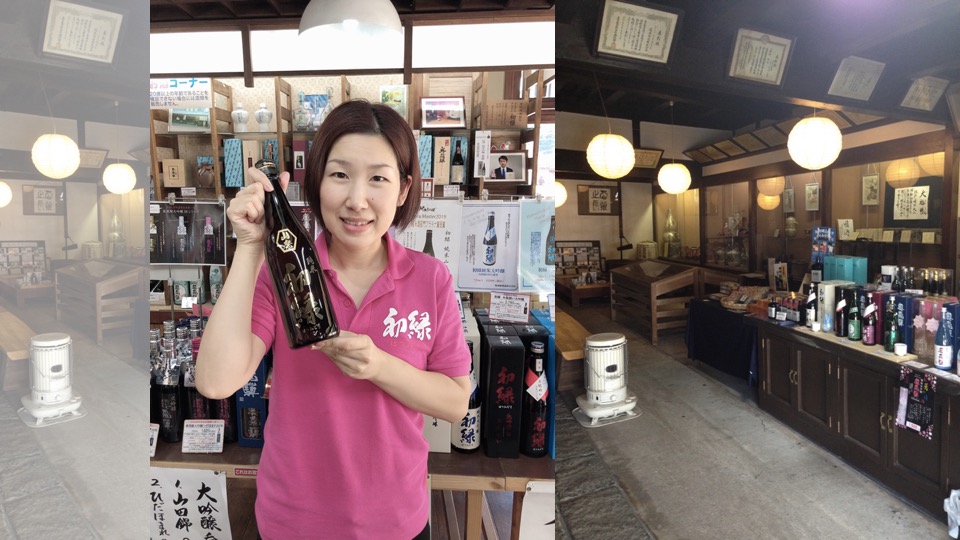 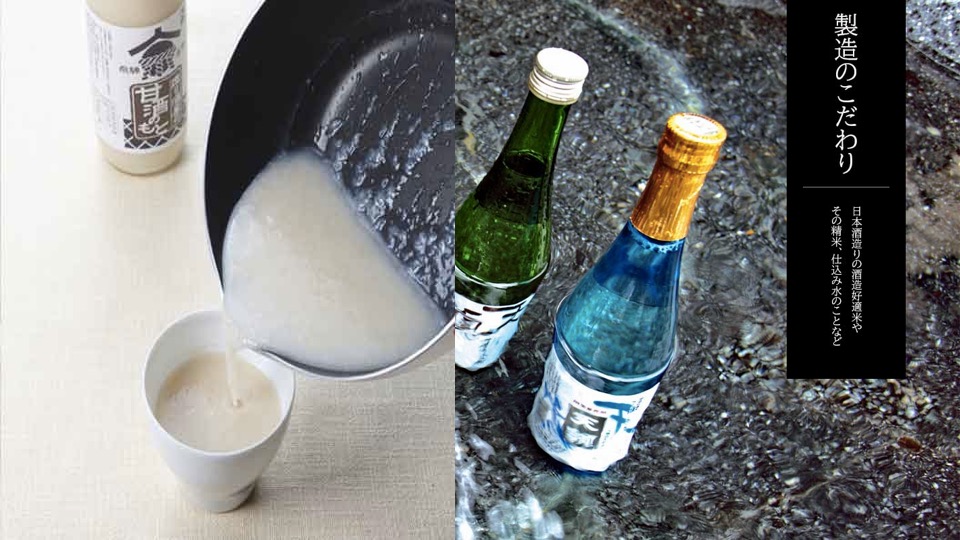 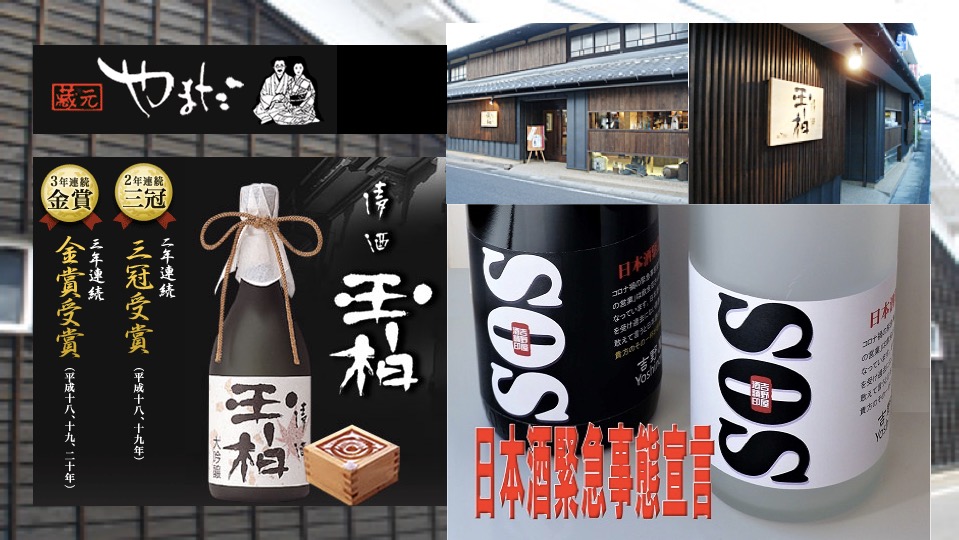 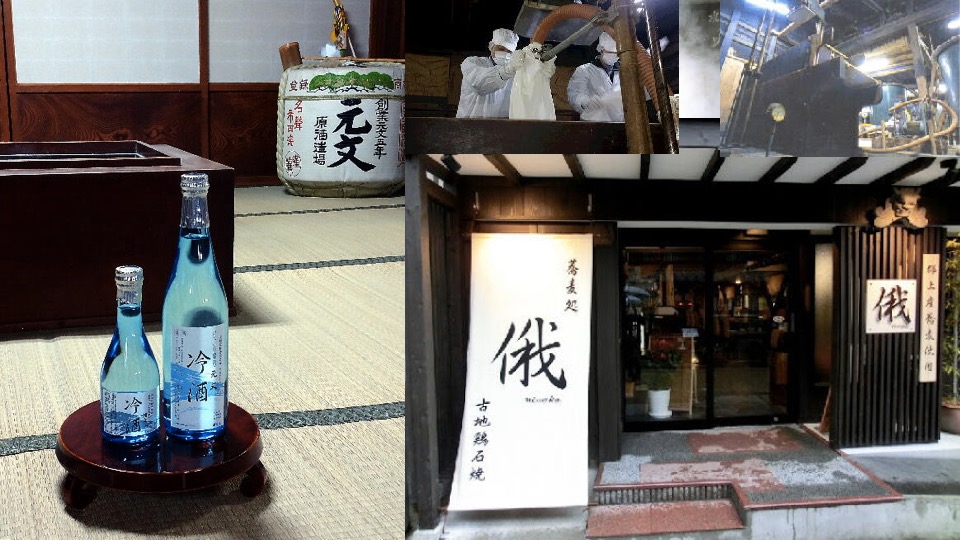 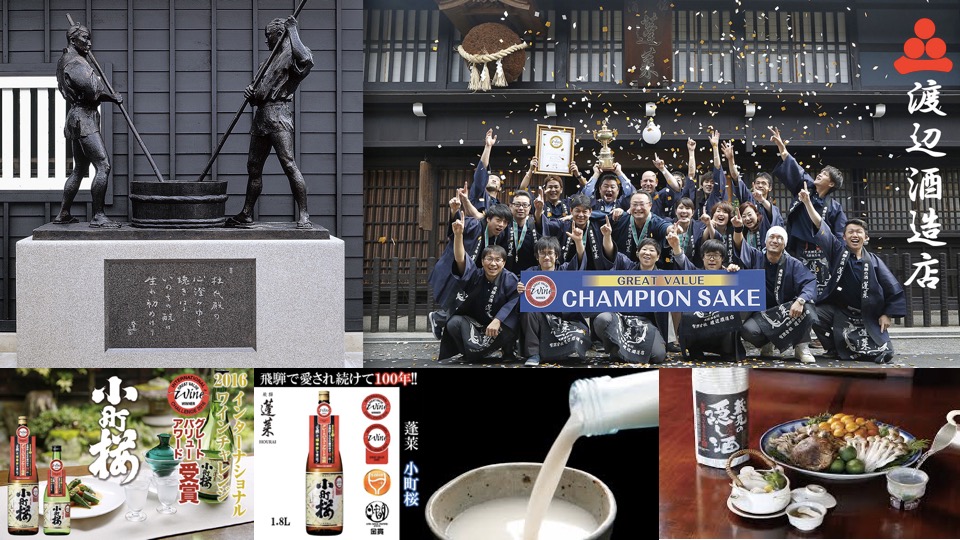 The Watanabe family started brewing sake in 1870 when it was the 5th generation Kyuemon Akira. The finished sake became extremely popular, and it is written that he was drunk while singing a song at a party to love sake. At that time, he chose “Penglai”, which was sung in the song “Tsurukame”, as the brand. “Horai” is the eternal and long-lived Taoyuan Township where hermits live and “Horai” is an auspicious “sake word” that gives people joy and good luck. It has been highly evaluated as a representative sake of Hida, rooted in the local climate, and has been loved by the local people for a long time as a tribute to the joy of life with seasonal ingredients. Each brewery has something to pursue. It is the soul of a sake brewery that cannot be thrown away. What Horai pursues is “a sake brewing with a heart and humanity that brews straight to save the life of rice”.