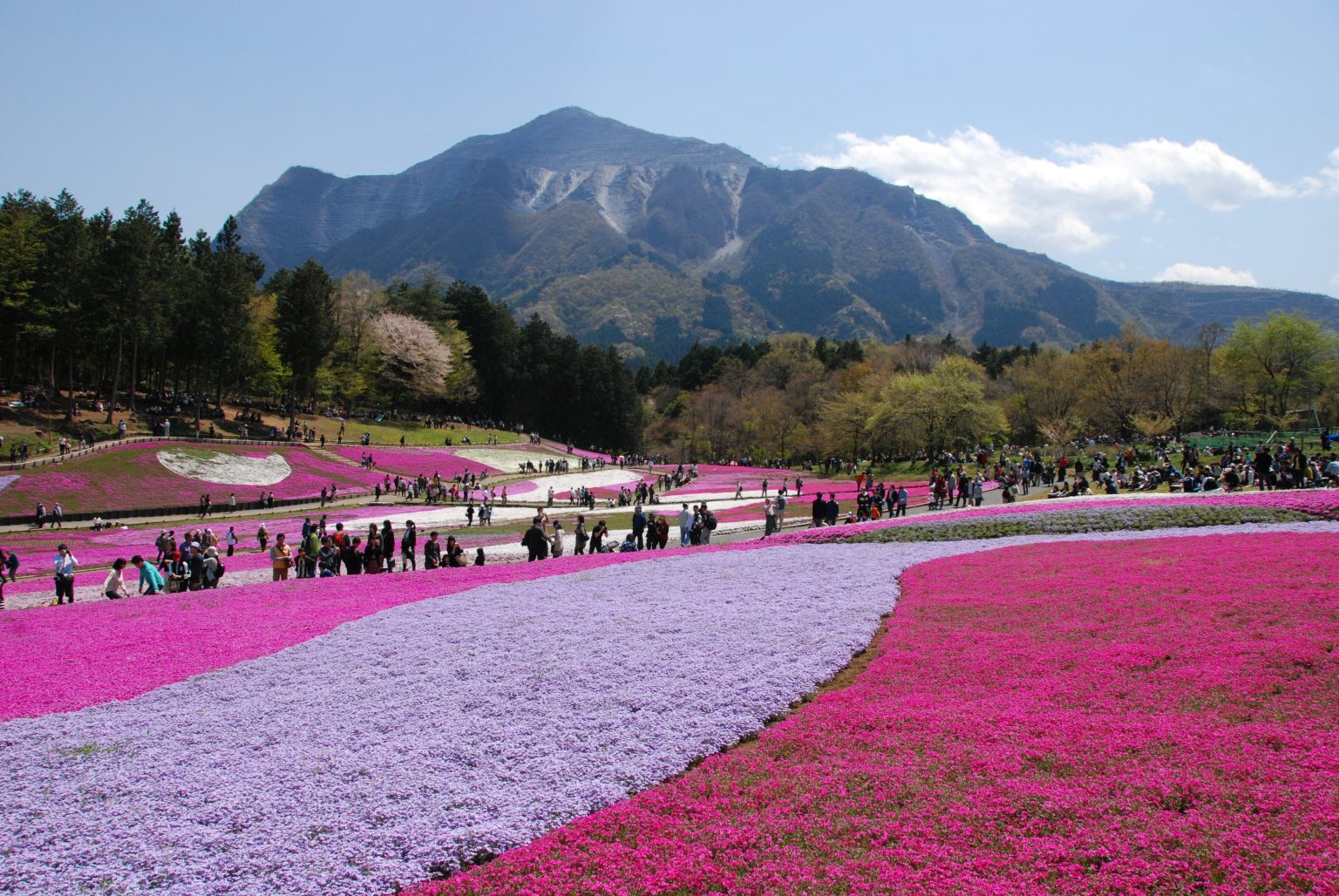 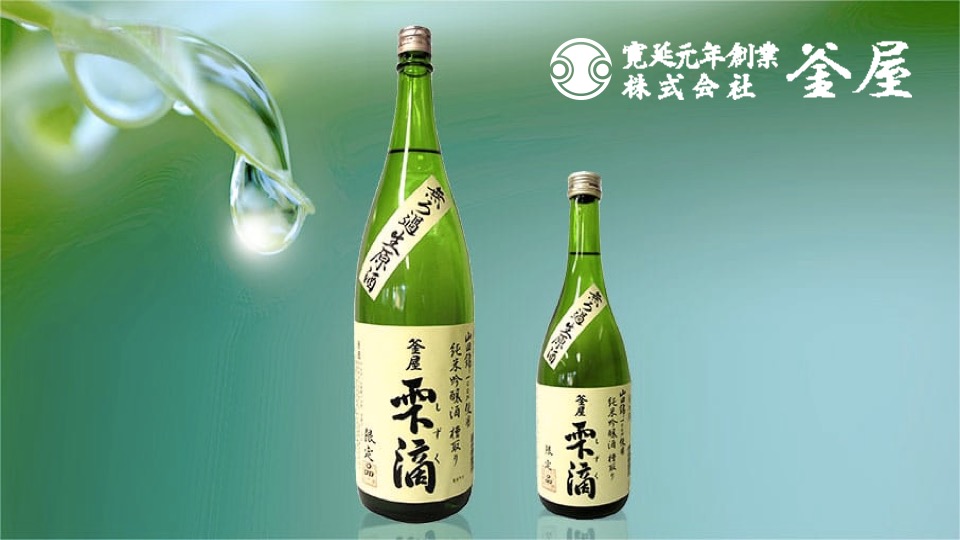 Omi merchant, Shinpachi Kamaya put his eyes on Musashino’s excellent sake rice and rich water of the nearby Tone River and opened the business in 1748 at its current location, which used to be a post town on the Nakayama Road. This location offered excellent access to the major roads such as the Nakayama Road and Nikko-kaido Road, which were close to the commercial sphere of Edo. The brewery is now putting effort into brewing traditional sake – mainly special designation sake, taking pride in the ingredients and sparing no effort. 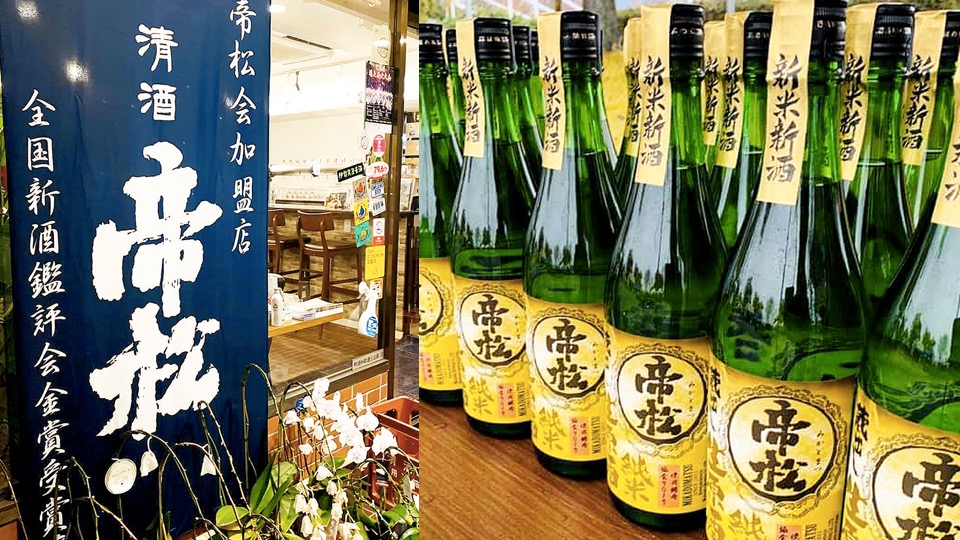 The first-generation owner, Yuemon Matsuoka was born in Anesaki, Echigo-Kubiki District, into a sake brewing family. This brewery was founded in 1851 after Yuemon relocated his entire brewery to the area with the aim of finding a place that was suitable for “sake brewing”. At the time of establishment, the company went by the name Osakaya, and sold a brand of sake called “Matsuzakari.” However, the representative brand was changed to “Mikadomatsu” which has been used to the present day. The name “Mikadomatsu” was chosen because “Mikado” (emperor) is the highest title in Japan, and “matsu” (pine) is known as a symbol of prosperity due to being green all year round. It is said that these two words were picked to “express the desire of maintaining the pinnacle of sake brewing for many generations to come.” 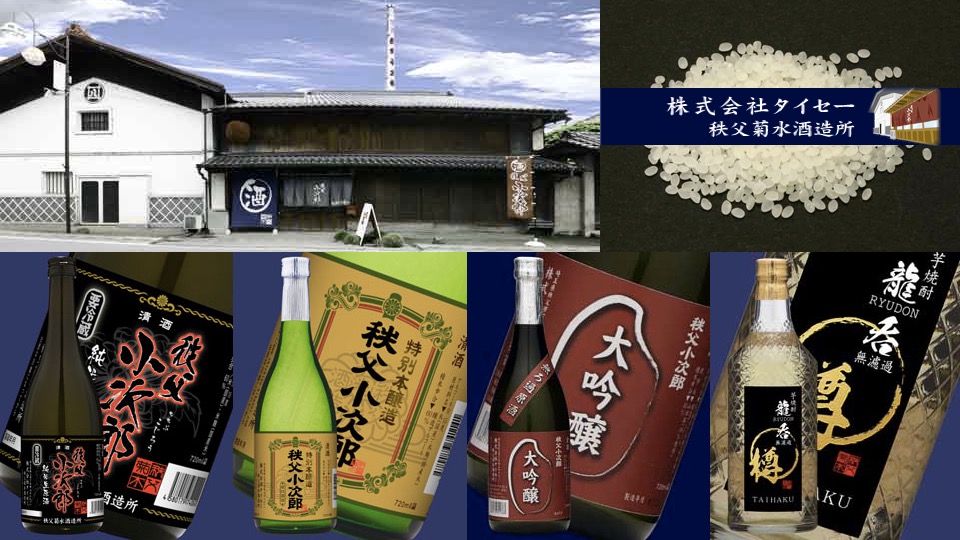 Saitama used to be a liquor store that was even called “Azumanada”. There were many sake breweries near Edo, taking advantage of the land pattern of the developed highways. They are particular about the raw materials such as brewed water and rice, and we want to keep the traditional handmade manufacturing method and continue to make the original rich and solid sake of sake. The new rice variety “Aya no Kagayaki” developed in Saitama Prefecture is used for the first time in the prefecture. “Aya no Kagayaki” is safe rice cultivated with organic fertilizers (sake lees, rice husks, etc.). 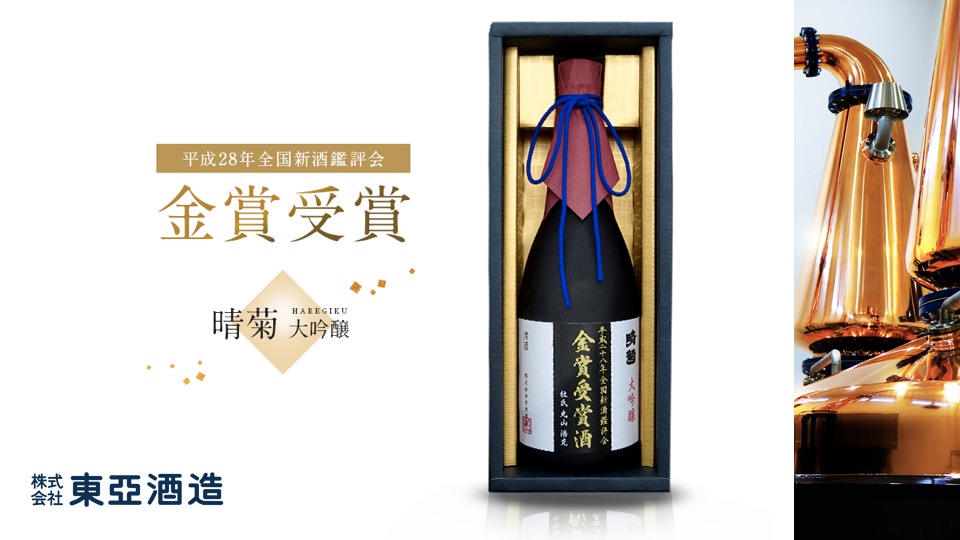 Toa Shuzo started brewing sake in Chichibu of Saitama Prefecture in 1625. The brewery moved its head office to Hanyu City, Saitama Prefecture in 1945, and became a company of the Hinode Trading Group in 2004. They believe in producing high-quality sake, “Harukiku Daiginjo” won the National New Sake Appraisal Gold Award in the sake category, and “Fuyuki Maroyaka Shochu” won the Monde Selection Gold Award in the shochu category for 10 consecutive years. We aim to be a company that produces products that satisfy our customers as each employee grows while further refining our technical capabilities in the categories of sake, liqueur, shochu, and whiskey. 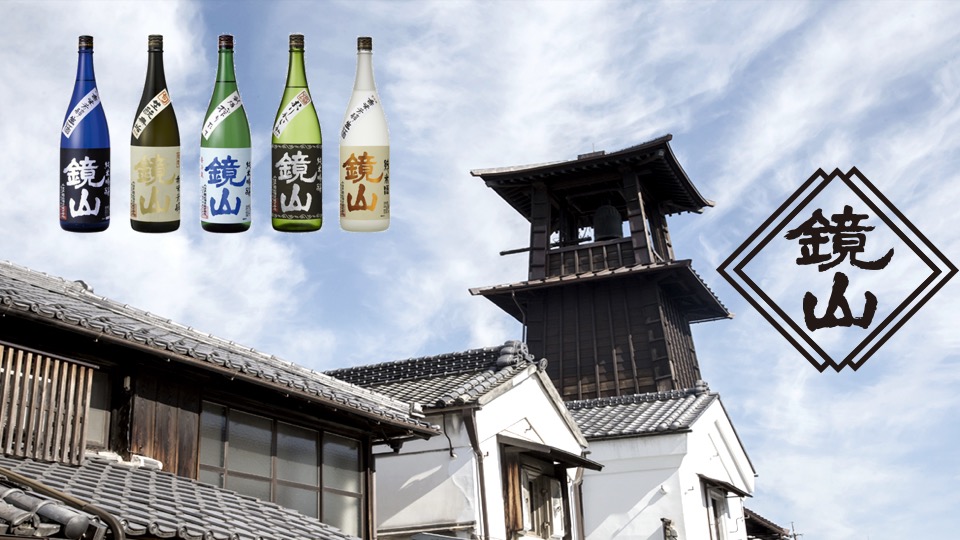 Founded in 1875 in Shintomi-cho, Kawagoe City, Kagamiyama Sake Brewery has been loved by many people for its local sake in Kawagoe. Unfortunately, the brewery ended the curtain on a long history in September 2000. Kawagoe is also known as “Kura no Machi”. The important facility called “Sake Brewery” has disappeared in that “Kura no Machi”. Six years later, in February 2007, Koedo Kagamiyama Sake Brewery was newly established in Nakacho, Kawagoe City, with the understanding and cooperation of the people concerned, against the backdrop of the enthusiastic voices of the government and citizens wishing for a revival. As a local sake of Kawagoe, Kagamiyama is making every effort to reprint and produce the famous sake Kagamiyama, which has been further refined. In recent years, the birth of a new sake brewery is unusual and has been widely reported on TV and newspapers as a sensational event. 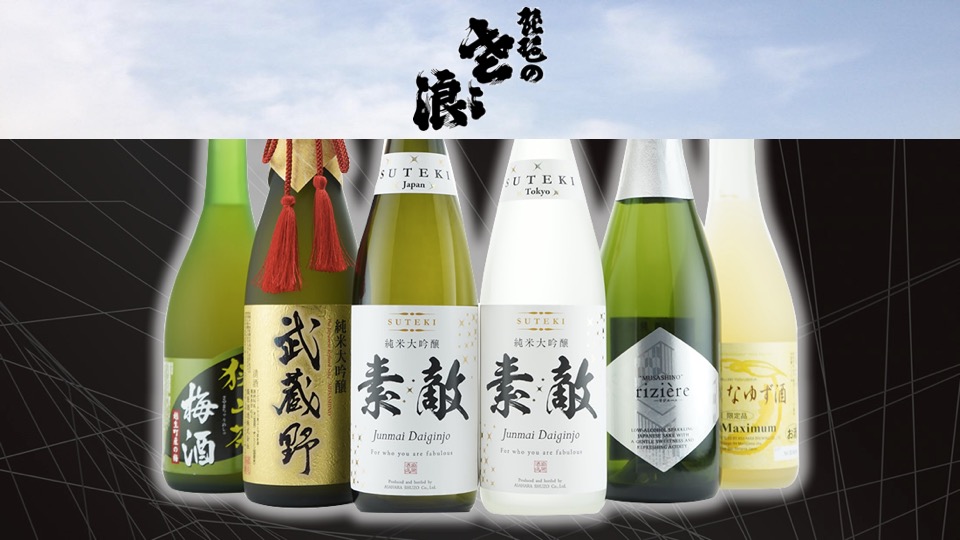 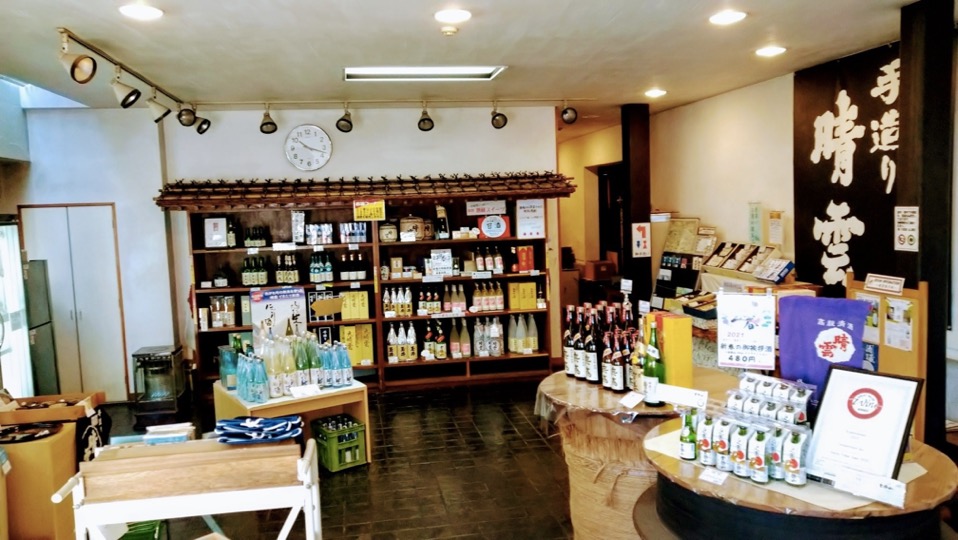 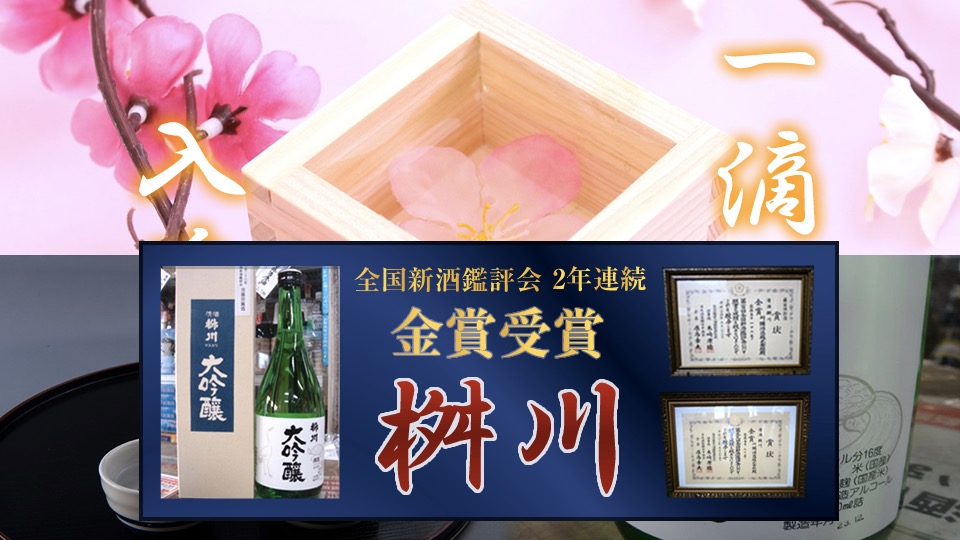 Kawabata Sake Brewery’s main building and most of the brewery are made of cypress and cedar from the Edo period. It was in the 7th year of Ansei (1860) that the first Kawabata Shichiemon started brewing sake in this area under the castle of the Oshi Domain, which was blessed with good quality water and rice. Since then, sincere sake brewing has been handed down to children and grandchildren for 150 years. Sake Masukawa is a refreshing sake that is brewed from traditional techniques and careful quality control using rice suitable for sake brewing such as Yamada Nishiki in the soft water of the Tone River and Arakawa. Sake Masukawa won the gold medal for the second consecutive year in 2011 and 2012 (100th anniversary) at the largest sake industry’s [New Sake Appraisal] held every spring. In addition, the 100th anniversary was awarded a certificate in English so that it could contribute to the promotion of exports. 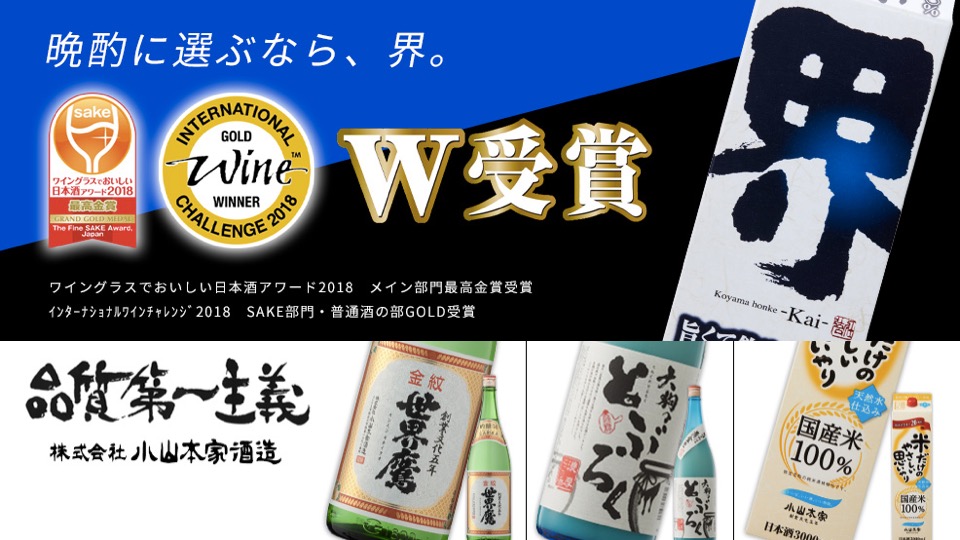 Koyama Honke Sake Brewery has been improving its technology and quality many times since its founding in 1808 (five years of culture). We will continue to value the spirit of challenge, to pursue the provision of products and services that please our customers, improve our technological capabilities and strive to contribute to society through the creation of sake. 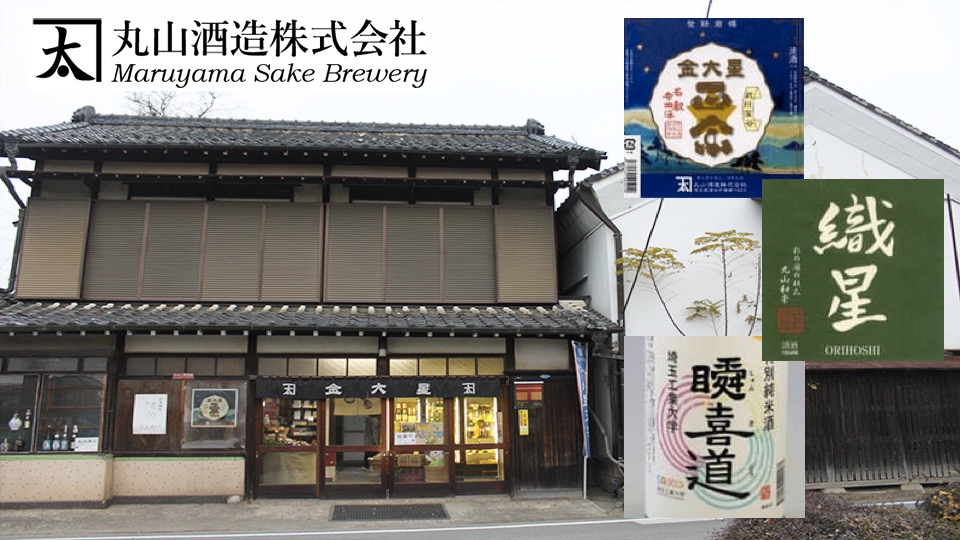 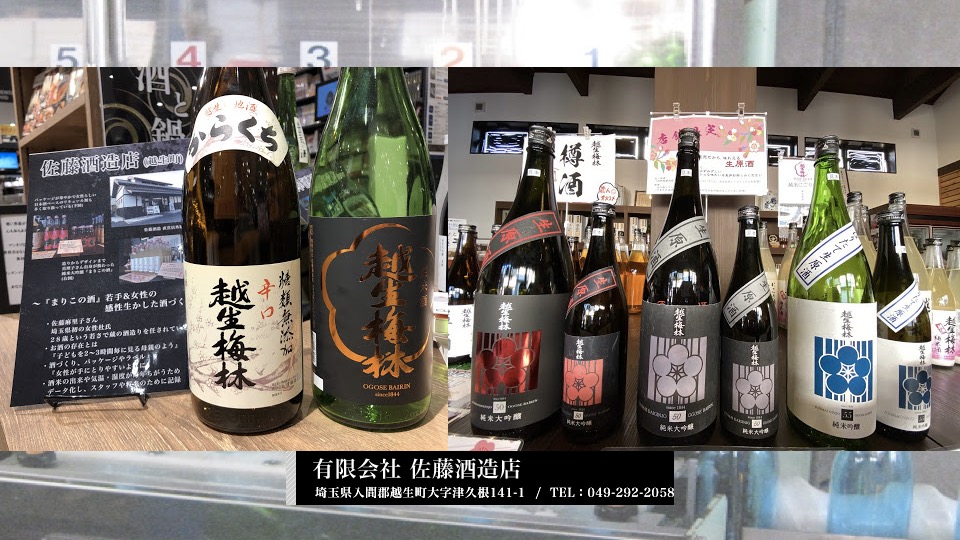 Sato Sake Brewery was founded in the first year of Koka (1844). Ogose Town has a population of about 10,000. Near the sake brewery, there is “Ogose Plum Grove”, which is one of the three major plum groves in the Kanto region, and there is also a plum grove on the site of the brewery. We use water and brew it with the motto “Sake with a bulge and a light aftertaste” by traditional handmade. 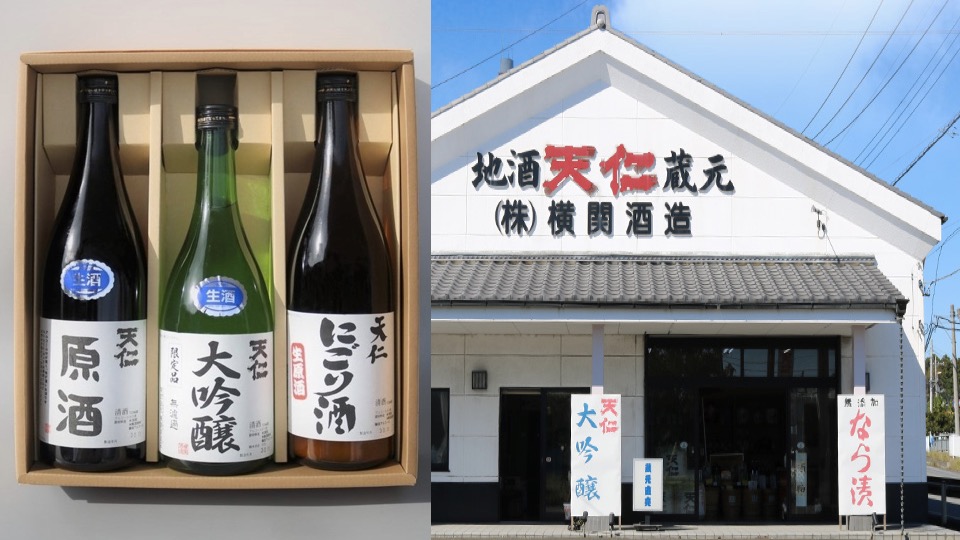 Our company was founded in 1880 (Meiji 13) in Misato Town, facing the Kamakura Kaido (currently National Route 254) in the northern part of Saitama Prefecture. A brewing company that has been around for 138 years. As the smallest sake brewery in Saitama Prefecture, it is used seriously by locals and customers outside the prefecture. Our representative brand “Tenjin” is named after the Tenjin River that runs beside it. There are eight items in Tenjin, from Daiginjo to Kamisen and Kasen (ordinary sake), and the recommended one is “raw sake”. 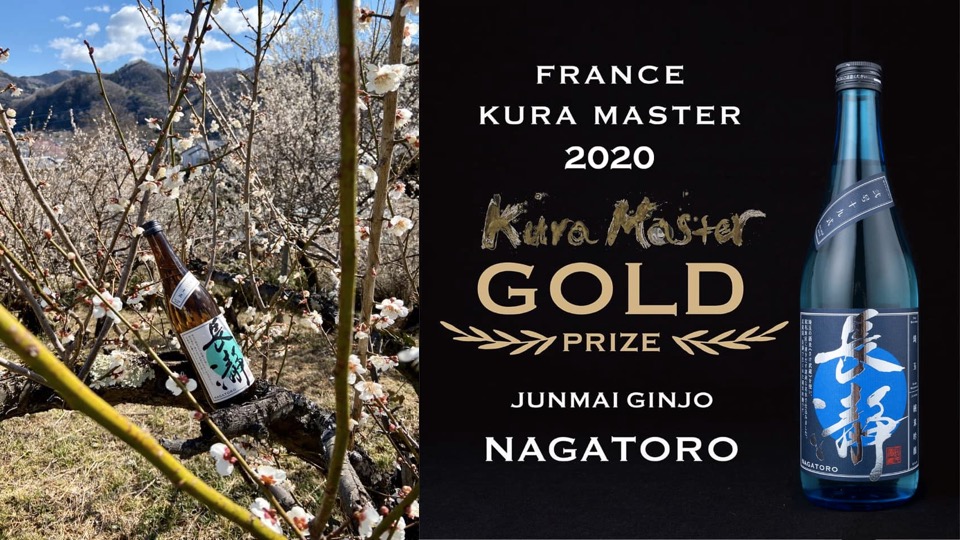 In 1728, the first generation Sobei set up Fujisaki Sobei Shoten and named the store “Juichiya” after a group of Hino merchants. Since then, while working on brewing and peddling, his family worked hard to expand sake culture, mainly on the Nakasendo (Edo-period). The spirit of “good for everyone; good for all three” and knowledge of the Omi merchants, and the belief in the brewing of sake ‘using a polishing technique to brew from the heart’ cultivated by Juichiya and Sobei Fujisaki, are today tied to us as our duty. The brewery was moved to Nagatoro following the establishment of its research place, “Nagatorogura Sake Brewery” at the foot of Mt Hodosan by the thirteenth Sobei, Shigeru. 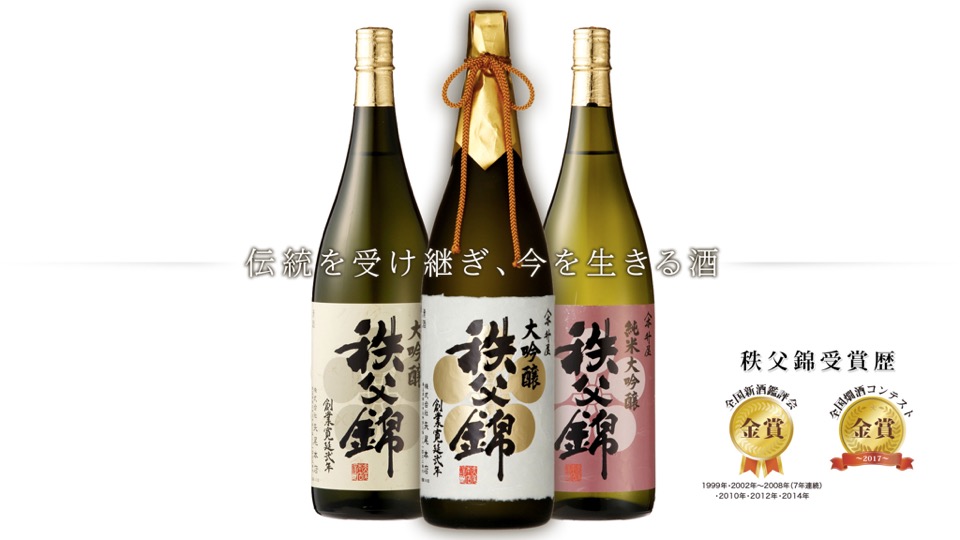 Kibei Yao, who came from Omi Province, started the brewing business by borrowing a liquor stock from Mr. Matsumoto, the head of Omiya Township (Chichibu City) in Kan’en 2 years (1749). “Chichibu Nishiki” is a famous sake that has been cultivated in the mountainous village of Chichibu with a history of more than 270 years. Blessed with high quality water from the Arakawa River, which originates from Mt. Kobushi, which straddles the three prefectures of Saitama, Yamanashi, and Nagano, delicious sake brewing in a climate with a large difference in temperature and clear air. For many years, we have cultivated sake that can only be made in this region in a natural environment that meets all the essential conditions. While preserving the traditional taste and manufacturing method, the new taste created by modern master craftsmen has been highly evaluated, such as receiving the gold medal at the “National New Sake Appraisal” for seven consecutive years. This is a local famous sake that was born in Chichibu and loved by Chichibu.